Messages - Corn Of The Breads

Sexy Logic in honor of my first cute female character on the site and her making it to the end of a death tournament!
3

THE INCUBATOR / Re: Pro-roro's Incubator

« on: Jan 08, 2019, 10:36 AM »
I love everything about this the words are a bit hard to read but I am sure those are just a placeholder, I think the shield could be showen a bit better the bullets are hard to see reflecting off of it I didnt see it or get it on my first reading.
6

Decided I wanted to make Satari a ranger.
9

Harriett The muscle designed by Rittz

Q'mel the Spotter. Designed by Nothin

Plexus the Captain. Drawn and designed by Zee

The ship is the Mirth Cutthroat
11

Eulgs are a species of deep space whale like animals poachers harvest them for fat which is used as cheap ship fuel.
12

Got the lines and masking layers done for the first two pages.
13

« on: Feb 13, 2018, 11:11 AM »
Rules:
1. The point is to evolve slowly, do NOT make huge jumps! Make small steps so we can develop this creature together over many drawings.
2. Sign up and draw quickly. When it's your turn, please turn in a drawing within a few days. If you want to shuffle or trade your place in line, just let us know.
3. Keep it somewhat realistic please. Don't add like, laserbeam eyes or chainsaw hands.
4. Optional but strongly suggested - add some flavor text to your drawing! It will help the next person in line See below. 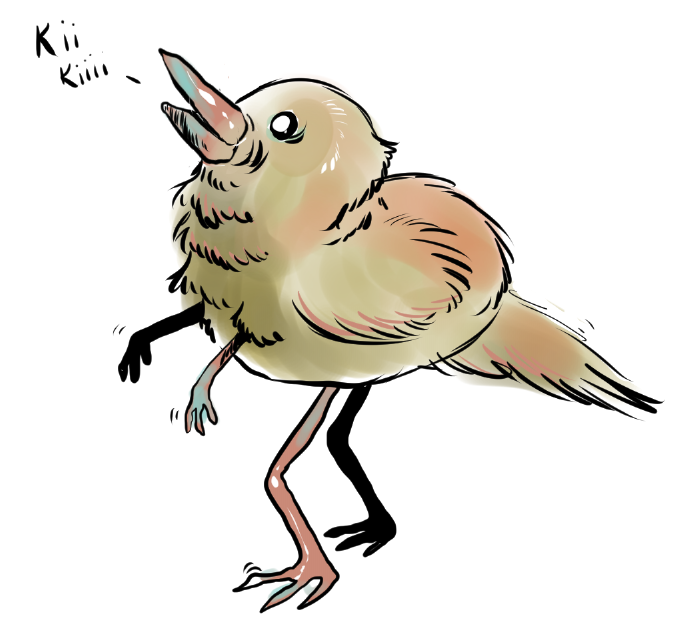 Our creature is about 12" high, and covered with feathers. It spends a lot of time in shallow water. It's long legs keep most of it's body dry. It likes to keep it's head up to catch falling debris from the forest above. It mainly eats bugs and vegetables. It is pretty vulnerable to predators, so it tends to lay a ridiculous amount of eggs to keep it's population from dwindling.

He is now about 13" tall, they have evolved to face downwards to peck and dig in the sands of shallow tides for shell fish their coat helps them blend into the sand. They lay in large numbers in shallow holes on beaches in clutches they are a social animal out of necessity!

If you decide to add your wrestle boi then I might have to seriously consider adding in MY wrestle boi. Sir Charles Gray. dont let the ratty armor fool you under it all he is a fine healthy Skeleton. Charles is an undead knight fighting brought back to life with white magic from a god so technically not undead but he thinks he is human. TSID a Lucha Alien who only wants to fight the biggest strongest of warriors!

Ringo the master of ceremonies a twisted tinker toy of a... man? who enjoys taking people apart and putting them back together for the joy of it.

these are just the older characters I may revisit on void.

THE INCUBATOR / Re: PailKnight Characters

The Motor Madness Metal Warehouse was the state of the art robotics manufacturing plant that a bulk of the VCPD police drones were manufactured at, but after the instatement of the NVCPD and the pointless discriminative war on furries being long over there was less need for robotic police officers equipped with weapons of war. Now the old plant sits at the edge of town by the old docks.So many horrible accidents have occurred in the plant that it has become a favorite spot for youngsters and thrill seekers to come to to try commune with the dead.
21 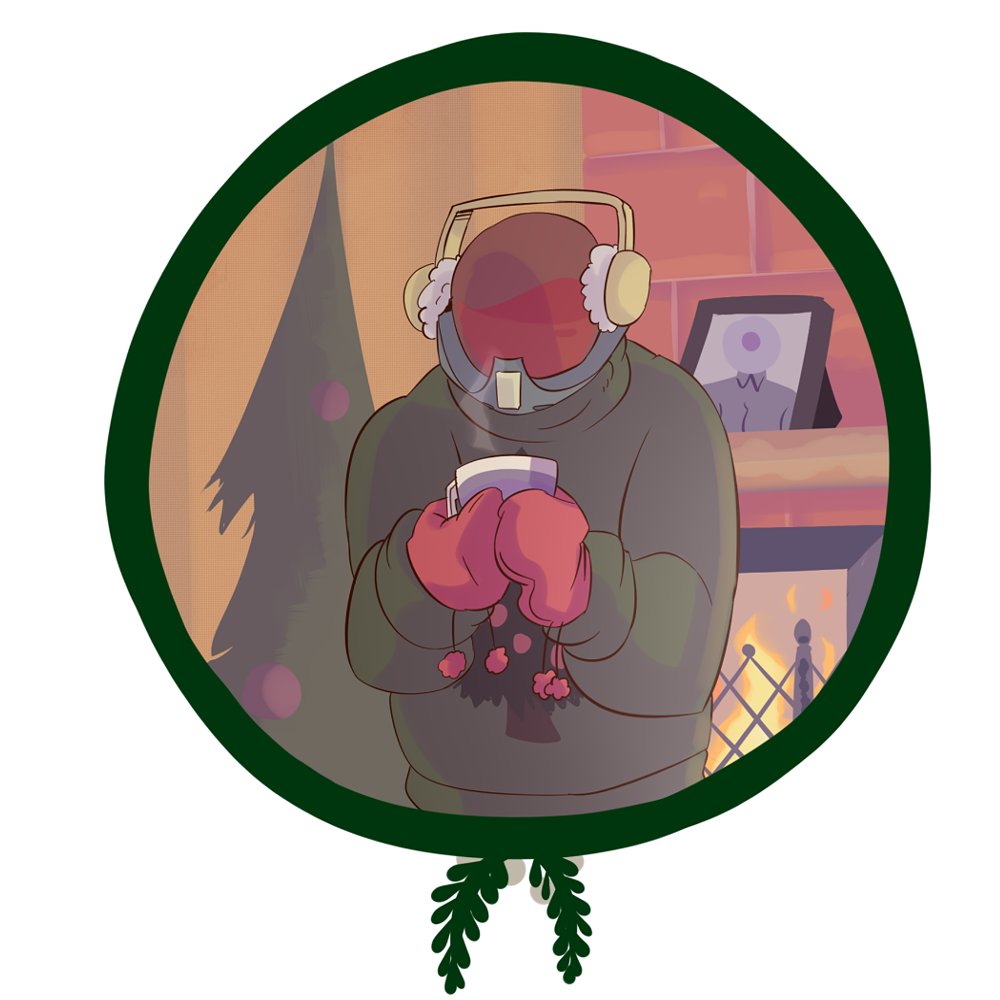 Nice and warm even though he really doesnt need to be.
24

News & Events / Re: Clash of the Chitin Age: Has the disposition of a 40 year old

Height: 7'2" but hunches over a lot so he on average is around 6 feet.

Species: Plaguebugs are a rarely seen memeber of Hemieptera an order of insect that has leathery front wings, and a beak like proboscus also insects like Bedbugs, Assassinbugs, Waterbugs and Leaf Hoppers are all part of this order. Plaguebugs are gaunt humanid bipedal insects that are equiped with biological surgeical equipment that is stored inside their wrists that they can use for atopsy and surguries. Plague bugs also reproduce with tramatic incemination with a needle like reproductive organ stored in a sheeth at the tip of their abdomen.

Equipment: Prendergast carries a few concauctions in viles on his waist, most are homemade anesthesia. He also has a book on many types of infections to spot early signs of the plague.

Bio:   Some say the biology of the Plaguebugs are too bizarre, too specific to be the result of anything but intelligent design. every plaguebug seen has always been members of a sect of the Church of Regina Nostra in Excelsis, a popular bug religion who see God as the ultimate queen connecting all life and crafting it in her image. It is to this end that the church has decided to combat a plague that only brings death to the world, even still there are rumors that the fleshlings are the ones who crafted the vile disease such gossip while frowned upon is still common in the church. The standard protocol for the members of the church if an outbreak is suspected is first to identify, isolate, then immolate, but no official outside the church has documented an outbreak, those of a more secular mindset choose to believe that the plague is a mere scapegoat that the church uses to justify killing towns a witch hunt of sorts, so they can lay claim to the land. Still the church has a lot of political power when it comes to matters of investigating and most public officials do their best to stay away from their inquisitions, only going so far to provide aid if it is specifically asked of them. Even to those who believe in the cause of the church see plaguebugs as the sign of a bad omen, that where ever it is they decide to investigate death is soon to follow.

Personality: Prendergast is Cold,  Work-obssed, Unintrested when it comes to social matters, Distractible by his religion or investigations, easily absorbed in his own world, scattered-brained especially when it comes to self care, always high-strung constantly fidgeting with objects, or observing, natrually curious, the type to think out loud, and while he may have a grim job tallying the dead and investigating the spread of an outbreak, he does care for the lives he comes across wanting to reduce suffering as much as possible but he is very much numb to death and he sees his goals as the greatest good any one insect could ever do for the world.

Abilities: Prendergast like all plague bugs are organically equipped with surgical scissors, a bone saw, a suture needle and organic thread, and a syringe that each one of his hands could unfold into. While he cant fly he does have wings.

Trivia: Like Bedbugs all Plaguebugs are Bisexual both the stinger like sexual organ and anus are under the clasp like sheath at the tip of his abdomen. Plaguebugs drink their food releasing a blood thinning saliva they also keep their two sets of arms clasped together to form one pair from time to time and he uses his antennae as eyebrows to emote.
25

News & Events / Clash of the Chitin An arthropod themed death tournament revolving around the design and story of insectoid characters, but all sorts of creepy crawlies are welcome in this brawl, such as worms, leeches, snails, crustaceans, arachnids, and everything and anything in between. In fact, your character doesn't have to be only strictly a bug! All sorts of mixed genres are allowed like robots, aliens, anthros, dragons, even multidimensional horrors just as long as the characters are bug inspired they are welcome here.

Inability to follow the rules of death matches or a tournament would be considered a default.

ROUND 1 STARTS: November the 6th
SIGN UP DEADLINE: November 5th

To enter, please post your design sheet in this thread.
Pages: [1] 2