Messages - The Man Who Planted Swag

GO FOR BROKE! / Re: The Man Who Planted Art? 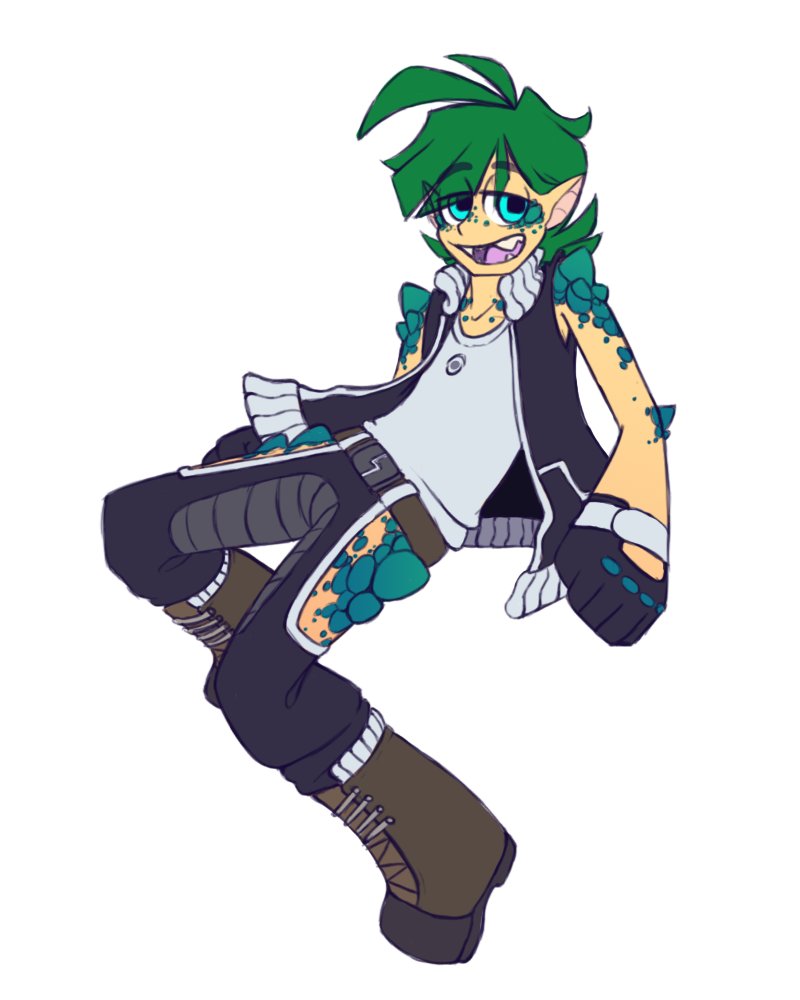 Jeanna's uncle, I don't really have a name for him yet (cause I suck with names) but right now his name is just Keann.
27 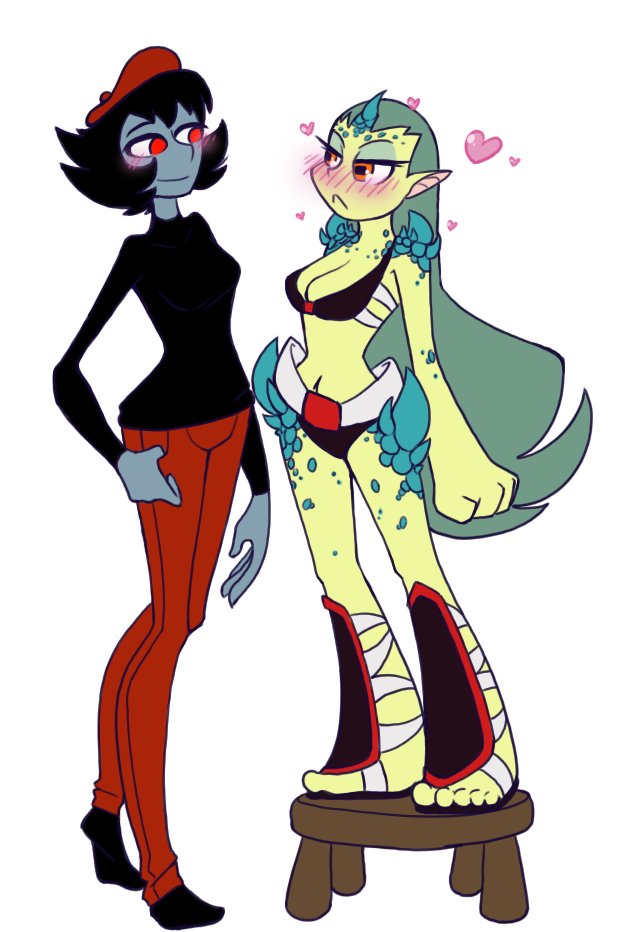 not yet a character, but why not
28

Art Jams / Re: Species of Void Species: Bakarii
Lifespan: can live to be over 200, however due to the violent culture most don’t make it past 50
Height: average height 5-5"8 ft
Diet: Carnivorous, often cannibalistic
Natural Habitat: a desert planet in spaaaaaaaace~

Culture: Bakarii are a wandering race, with no set government. They have what can be described as a warlike culture. Everyone is raised to be a fighter, and everyone fights until they die. While they don’t have any form of religion, they do have superstitions. The most common being that after defeating an opponent in battle they will consume the body believing they will gain their strength. It is seen as a great disrespect in their culture to not eat the body of the defeated, it is viewed as if you don’t think they were strong enough to bother consuming. Bakarii are a solitary race and very rarely travel with more than 4 others. Outside of family, relationships aren’t highly valued. This is not saying that they can't form close friendships, only that it is very rare. Things like race, age, or gender don’t mean anything to a Bakarii. The only thing that matters to them is if someone is strong. As such it is very common for Bakarii to engage in relationships with other species, and have same sex relationships.

Abilities: Bakarii have near impenetrable skin, and bones like concrete. They are fire resistant, and can withstand extreme temperatures both hot and cold. They can fire lazer beams from their mouths and have super strength and enhanced speed. They don’t have the best reflexes, and are often very single minded and rather unintelligent. Their biggest weakness lies in the fact that they have almost no regenerative ability. Any kind of wound can turn fatal if not immediately seen to.

Appearance: They are very short, but weigh over twice as much as a normal human. Their skin is composed of very small scales. Thier skin tones can range from pale reddish to green. Skin tone is passed down genetically through family lines however scale color varies from person to person. Eye color likewise is completely random.

Blood-lust: The Bakarii suffer from a condition they refer to simply as Blood-Lust. When they experience intense emotions they can lose their sense of self and become a mindless killing machine. This state causes them to attack friend or foe indiscriminately. The older a Bakarii gets the better they become at controlling their Blood-lust. It is nearly impossible to calm down a Bakarii who has succumbed to Blood-lust. You either have to beat them down or wait till they burn themselves out.
29 Jeanna was a real handful as a kid
30 First deliberate ship I've ever done in my life. 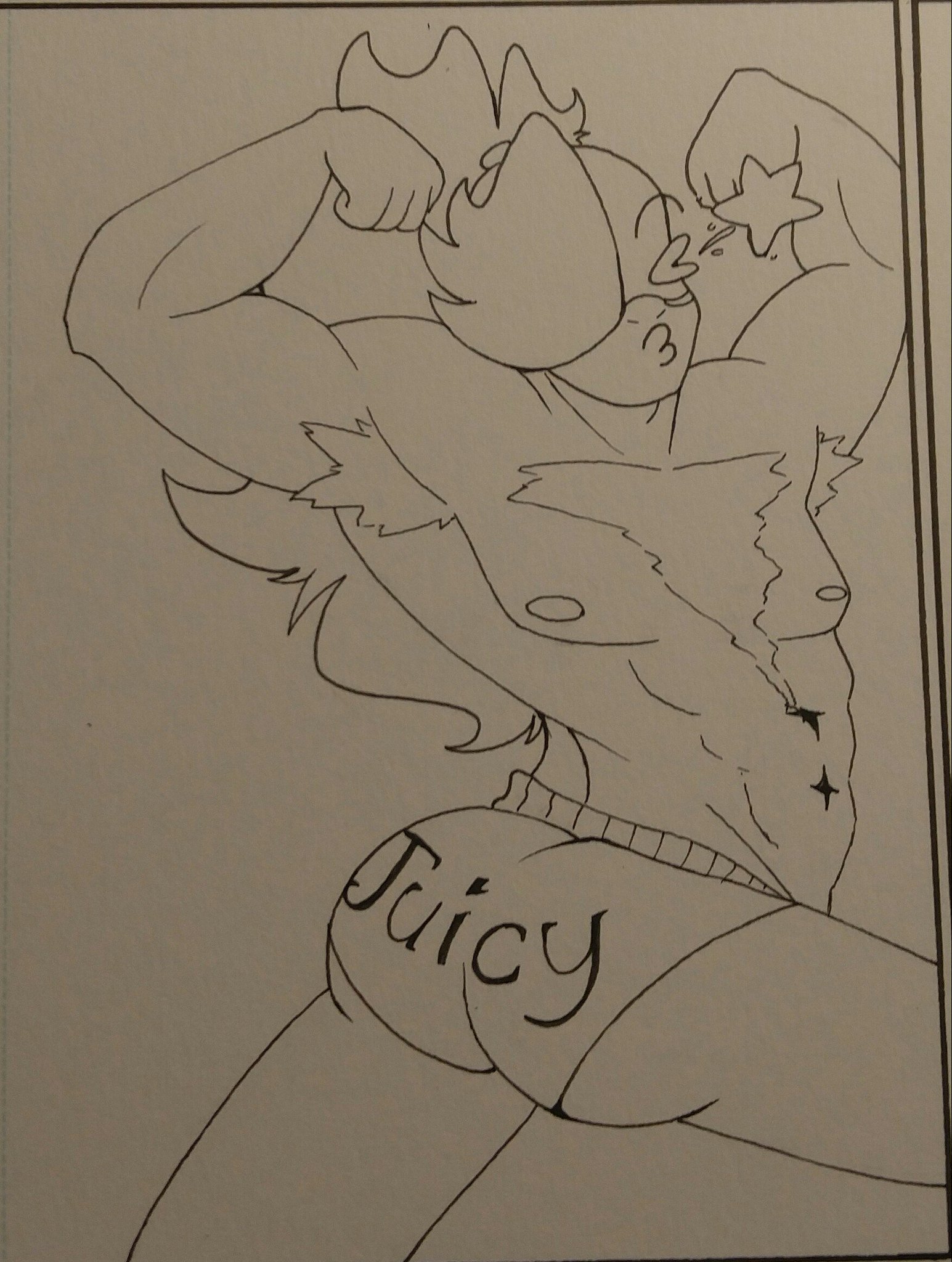 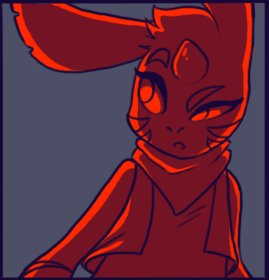 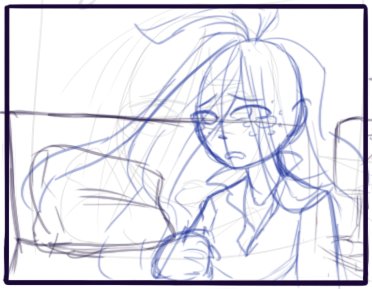 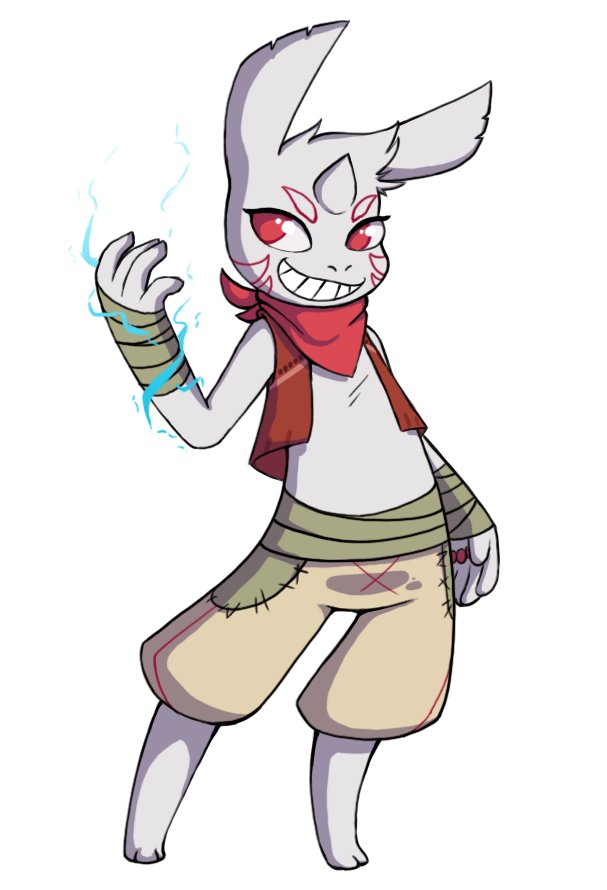 it started as a joke thing, but i slowly started to think it was really cute
btw i did use that one scene from a anime as reference for it. (i have no clue what the anime is though, i just saw the gif of the scene and loved it.
36

Well hey I'm pretty damn sure he's got a lot of followers by now! I surely would love to build myself up to thr point where I have followers, a lot of em too! I am getting restless and want to post one of my characters on a thread! I am quite excited but am also quite nervous because I've never been an a site such as this!

spit spat, time to chat / Re: That Entervoid Moment When...

All loaded up, at least as much as I could feasibly squeeze out. You ever have a project grow on you until it becomes too unwieldy? yeah, that was this for me. Five pages fucking blossomed into more

My comic is the minimum of 3 pages and im still not even close to finishing wow. technically four since im adding an illustration, does that count?

Quote from: Spontaneous-Combustion on Jun 26, 2016, 02:06 AM
Had to do the minimum as well, isn't a bad thing though.  A lot can be conveyed quickly with small amounts of info.  This comic took a sentence and told a story: http://emcarroll.com/comics/outthedoor.html

Try focusing on making the most with the least.  It'll save you time and help you improve.

At least that's what I think...

Quote from: Audius on Jun 26, 2016, 11:52 AM
I agree. There is nothing wrong with making a shorter comic. It lets you focus more on the quality of the comic. Plus you have more time to focus on each page.
42 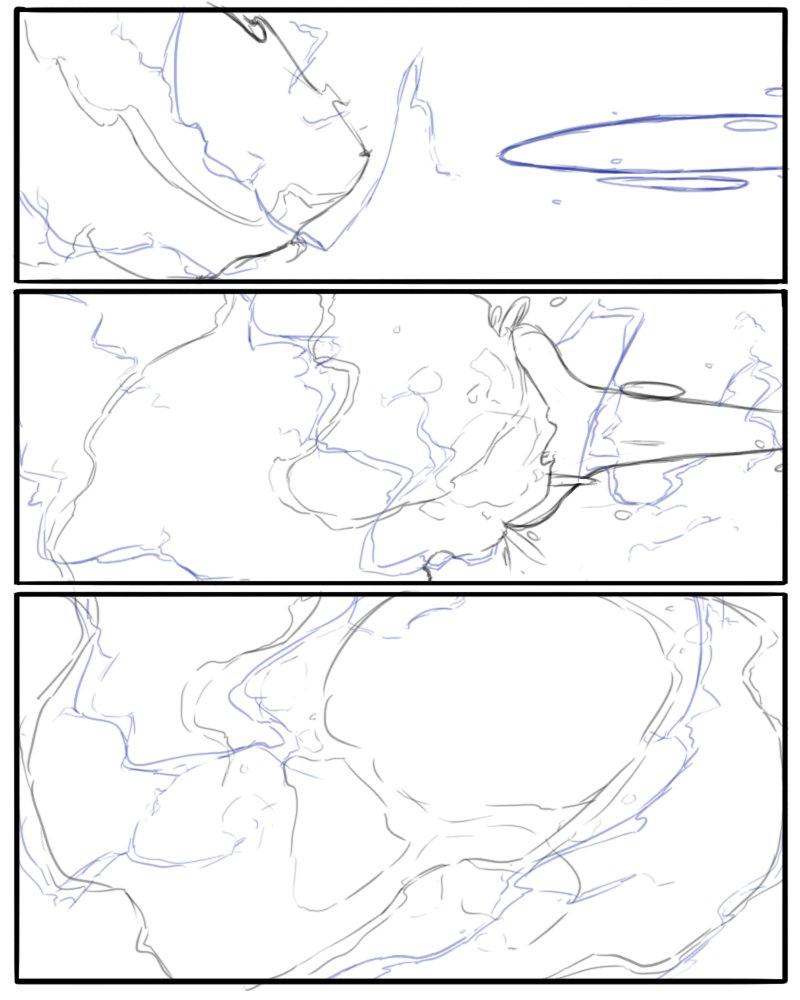 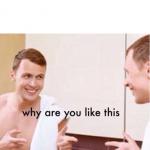 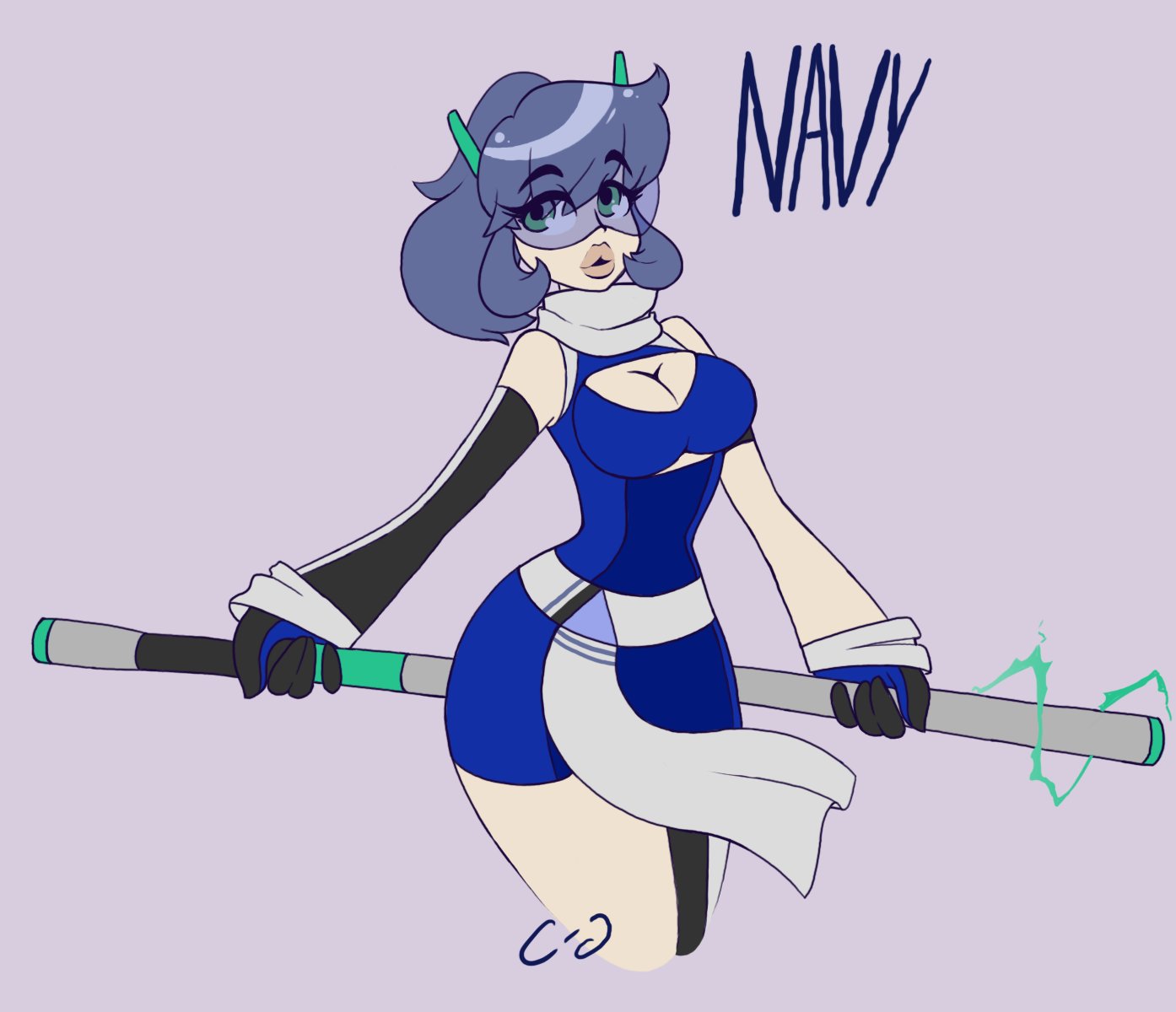 THE INCUBATOR / Re: Gobo

GO FOR BROKE! / Re: The Man Who Planted Art?

GO FOR BROKE! / The Man Who Planted Art?

« on: Jun 20, 2016, 06:43 PM »
Im super new here, and also really bad at using forums so I Figured I should make a little art dump page for my rando stuff that is sometimes relevant sometimes not. Get some feed back and what not. I really do aim to get better, so critique is more than welcome.

sooooooooooooo here is Yan-Shen (good gods i am so bad at coming up with names), but He is Jeannas adoptive father. « on: Jun 14, 2016, 08:56 PM »
i thought that it would be funny if a part of Grey's scouting mission was to follow certain people and that one of them had a bounty, so Jeanna tagged along to catch them.
lol idk ()
ayyyyy also super bad with forums and don't know how to tag people, so Zee hope you see this lol