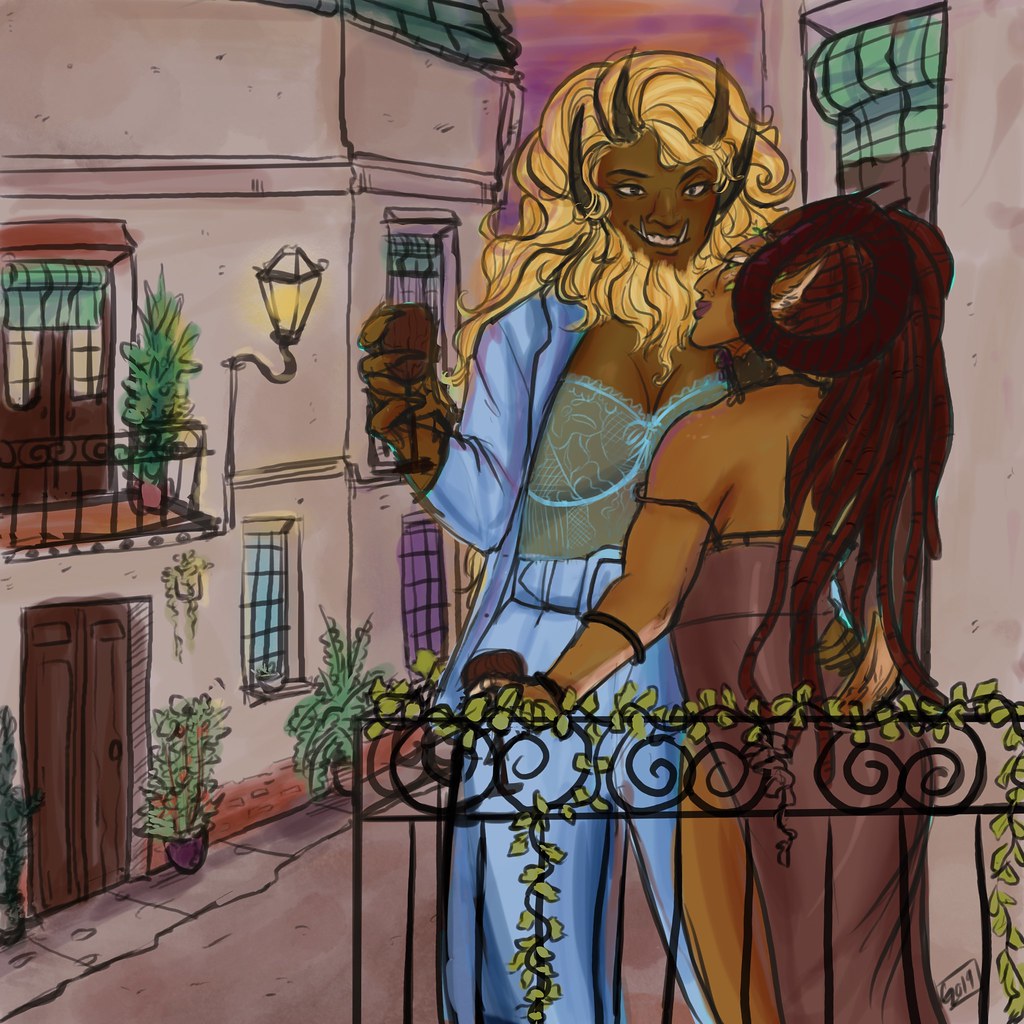 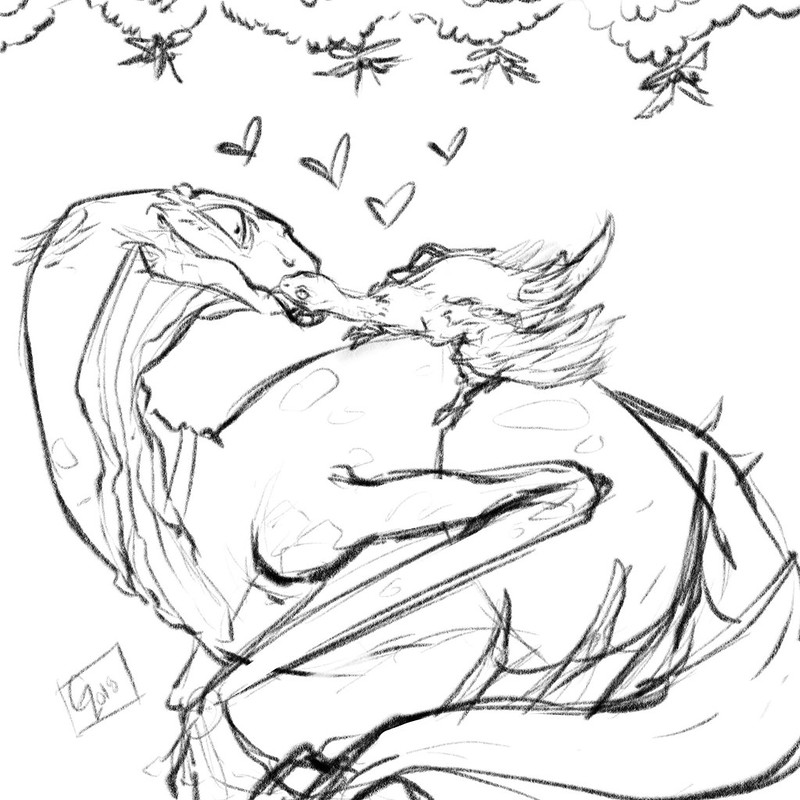 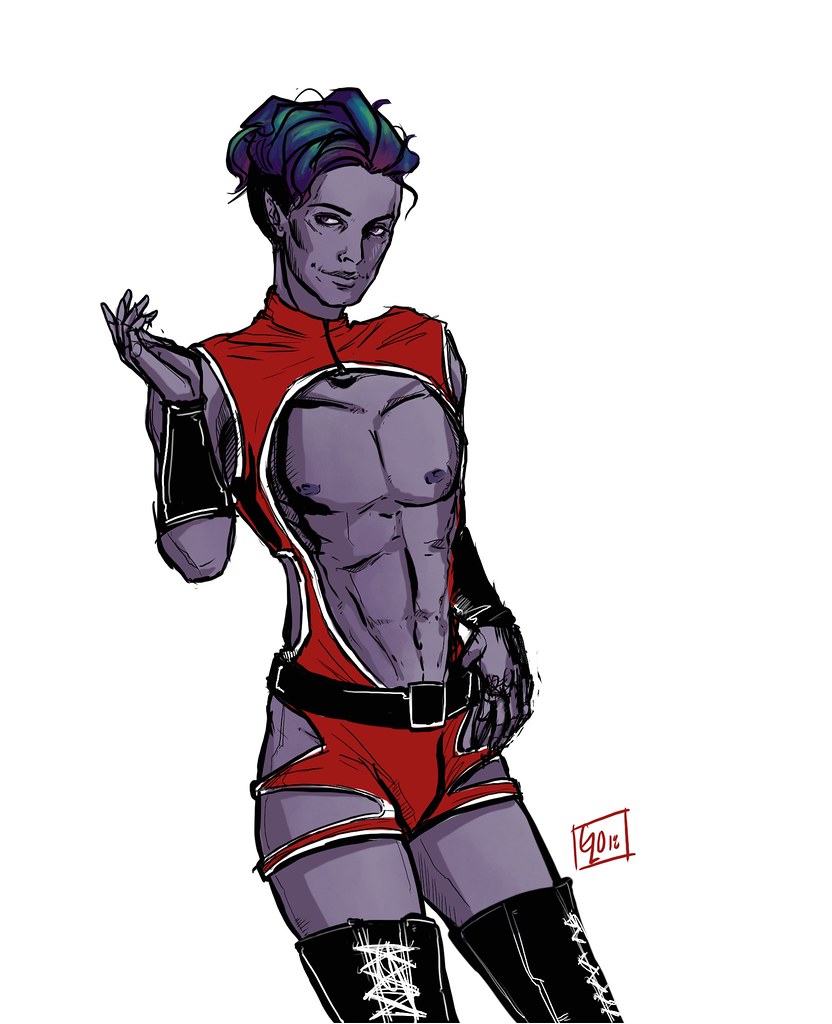 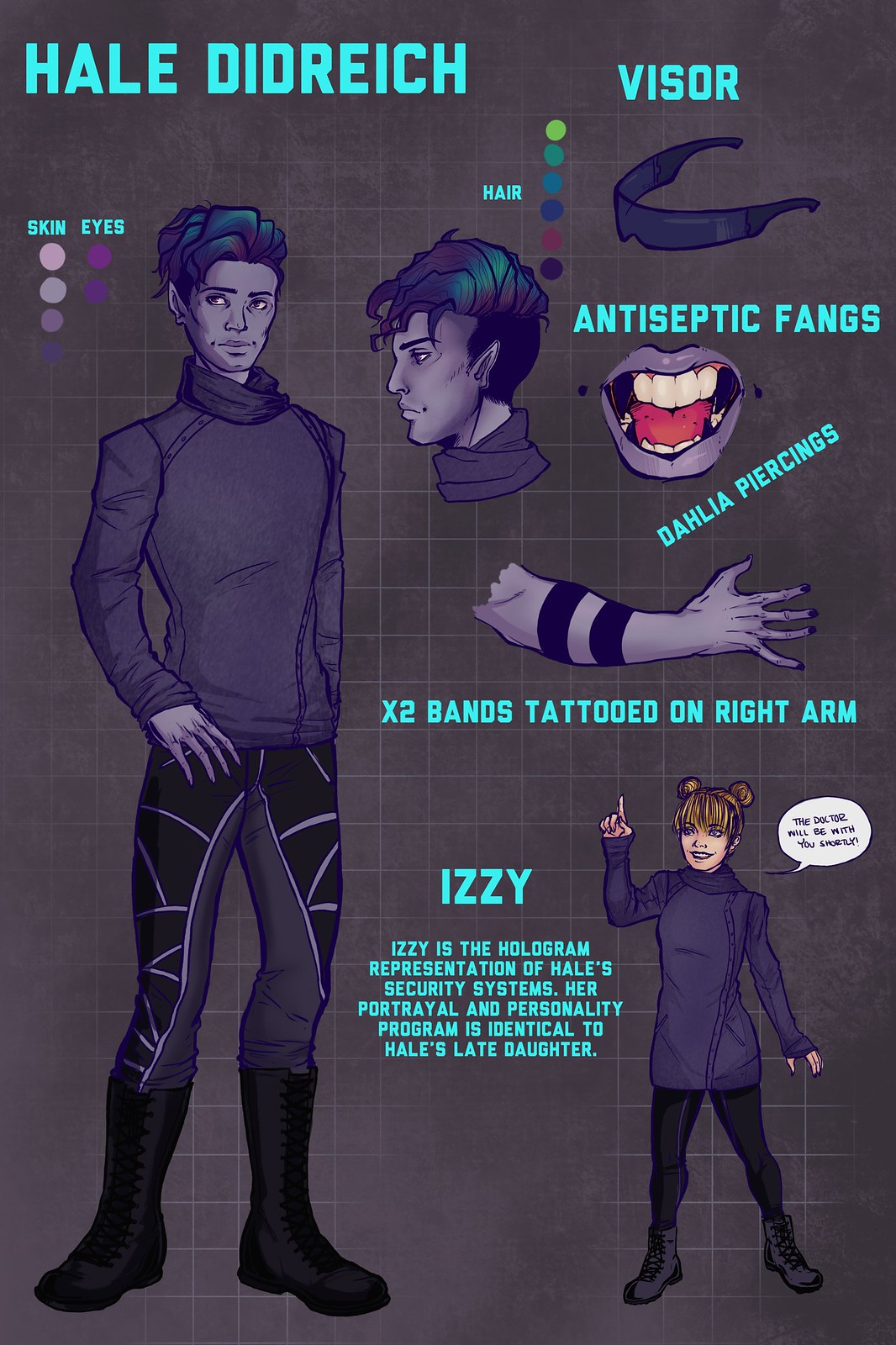 Visor: Hale is not protected from the sun. He developed the visors to produce a protective barrier between his skin and solar rays. His security program is also integrated in the visors as well as a hologram emitter to bring Izzy with him
6 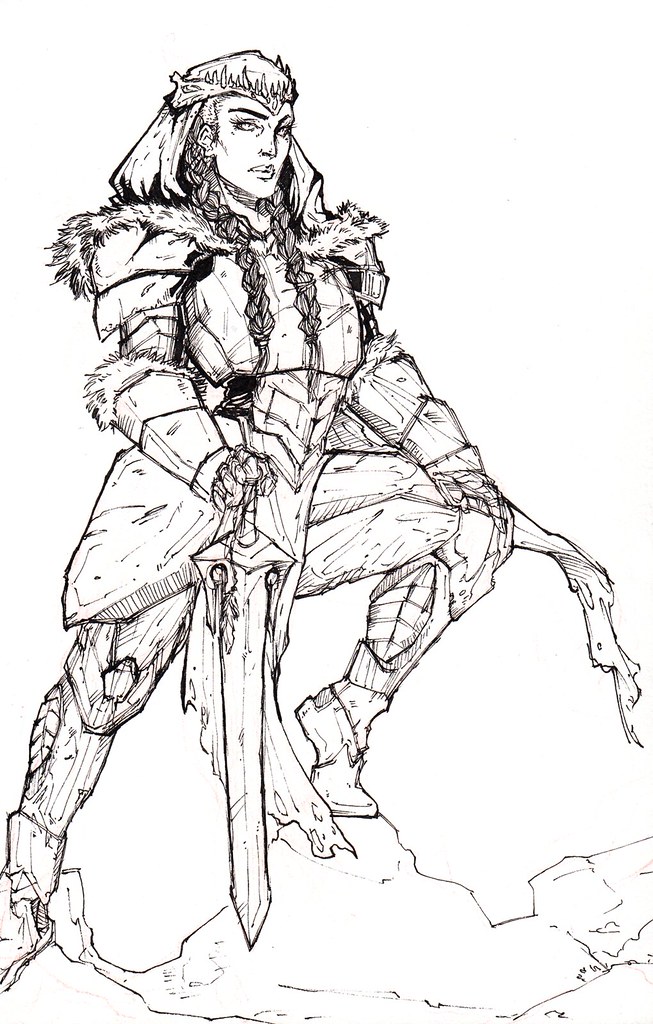 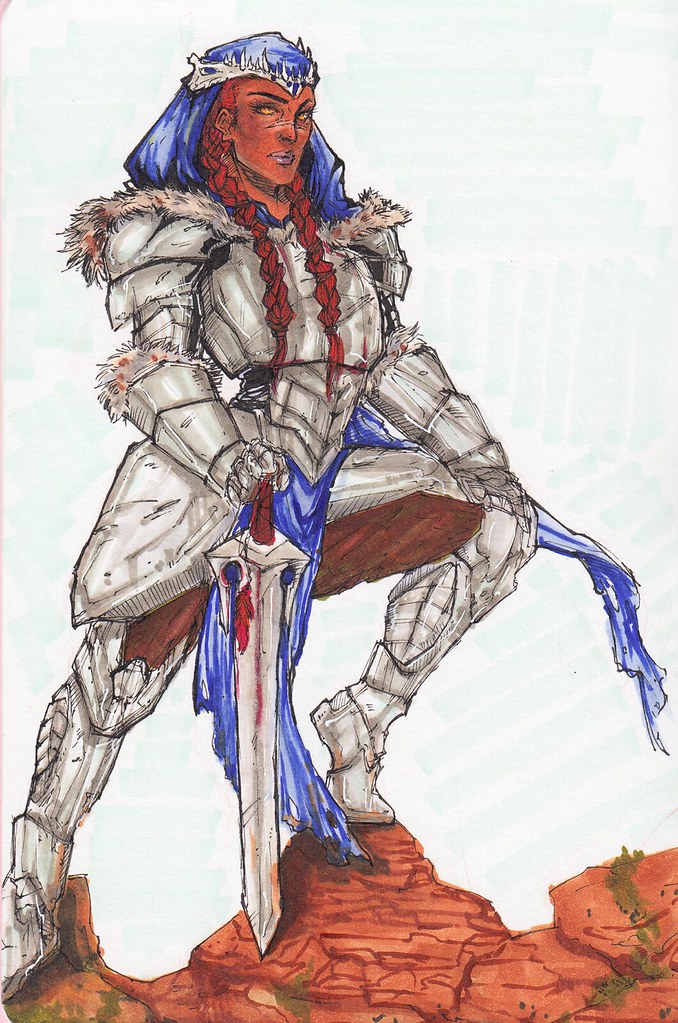 So far looking awesome! Golden those faces are frikkin gorgeous!!
12 « on: Mar 05, 2018, 08:39 AM »
This comic was definitely an experience itself haha. This was done all at work on down time- it got rained on but I managed to NOT get blood on it so go me!! Also hopefully this still works- I went with a  more "chance encounter turned date" type thing? 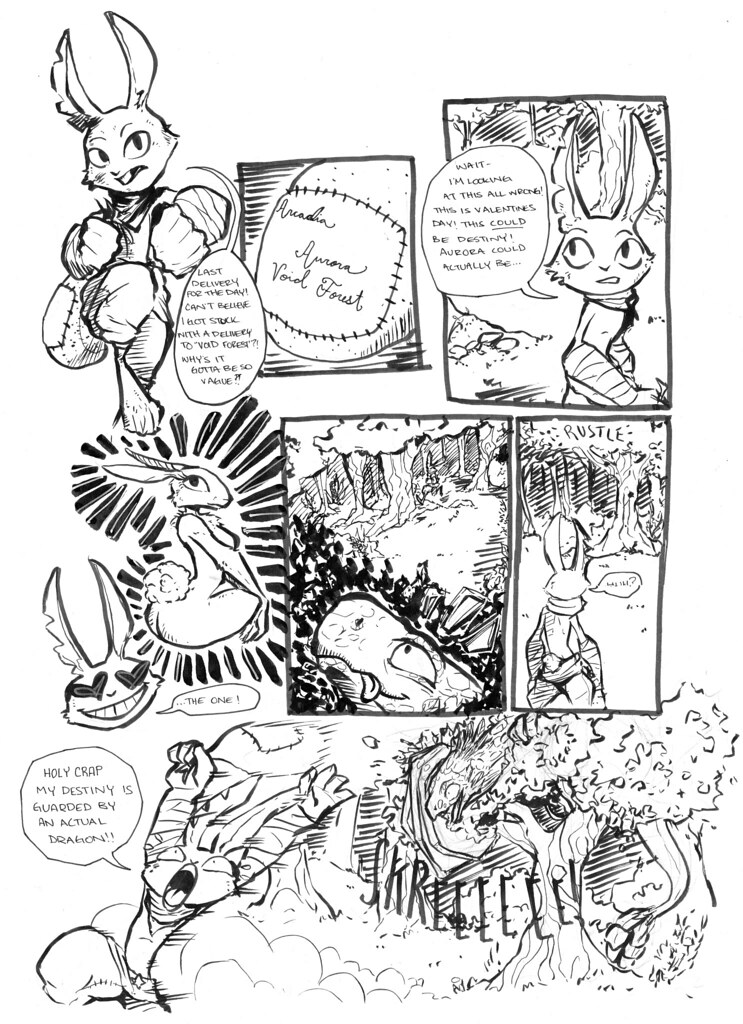 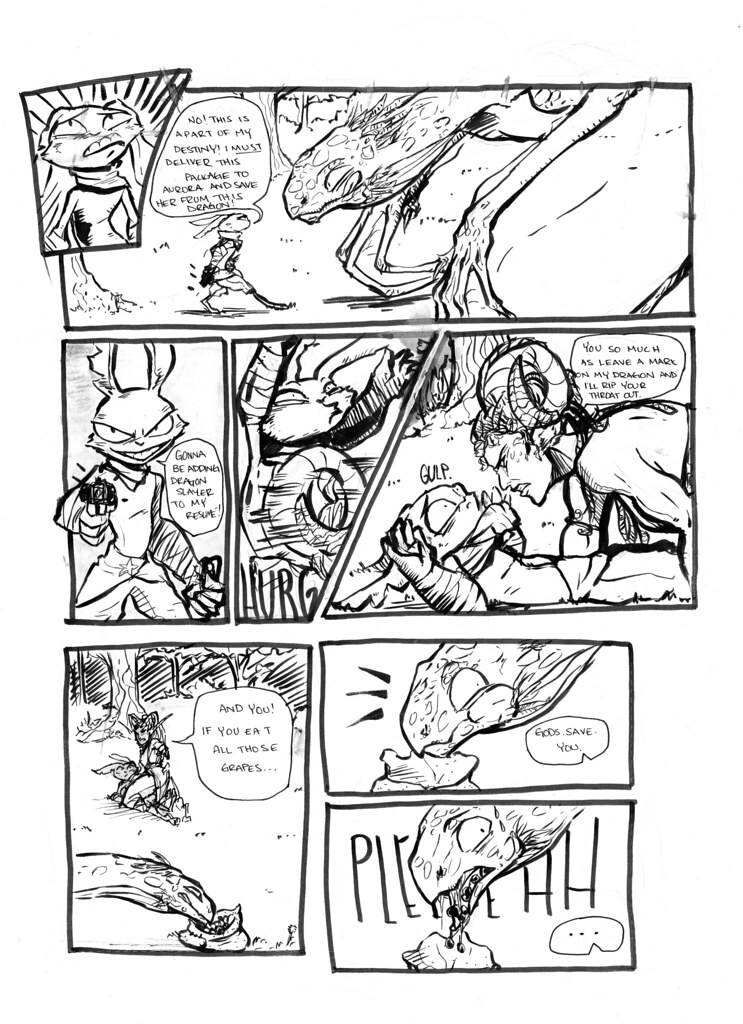 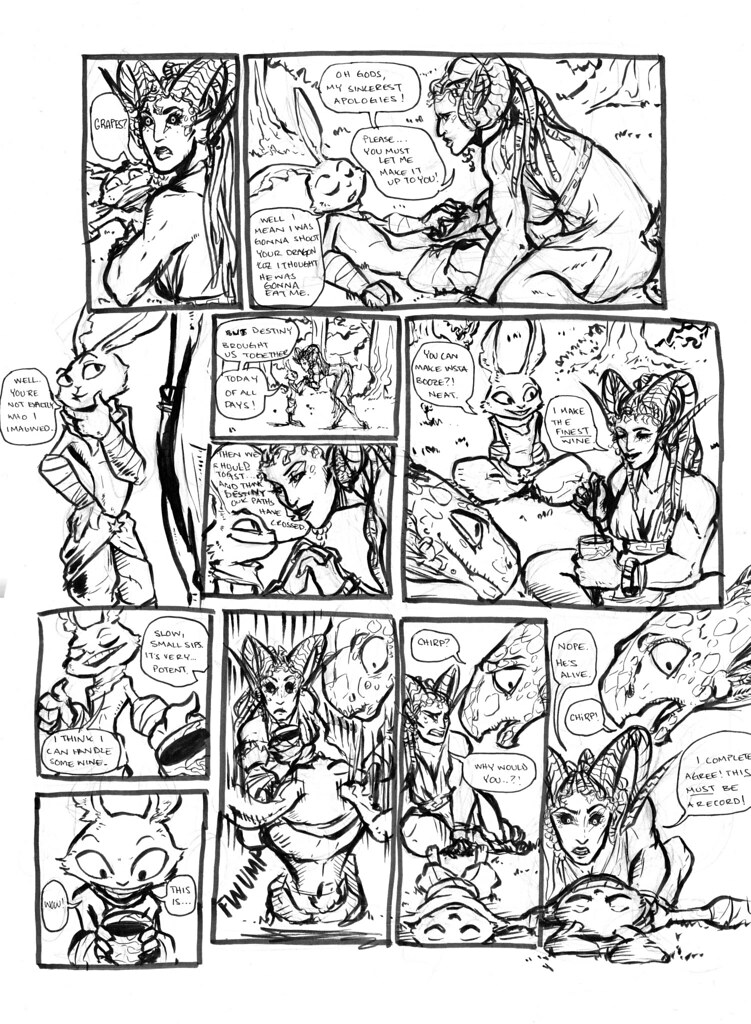 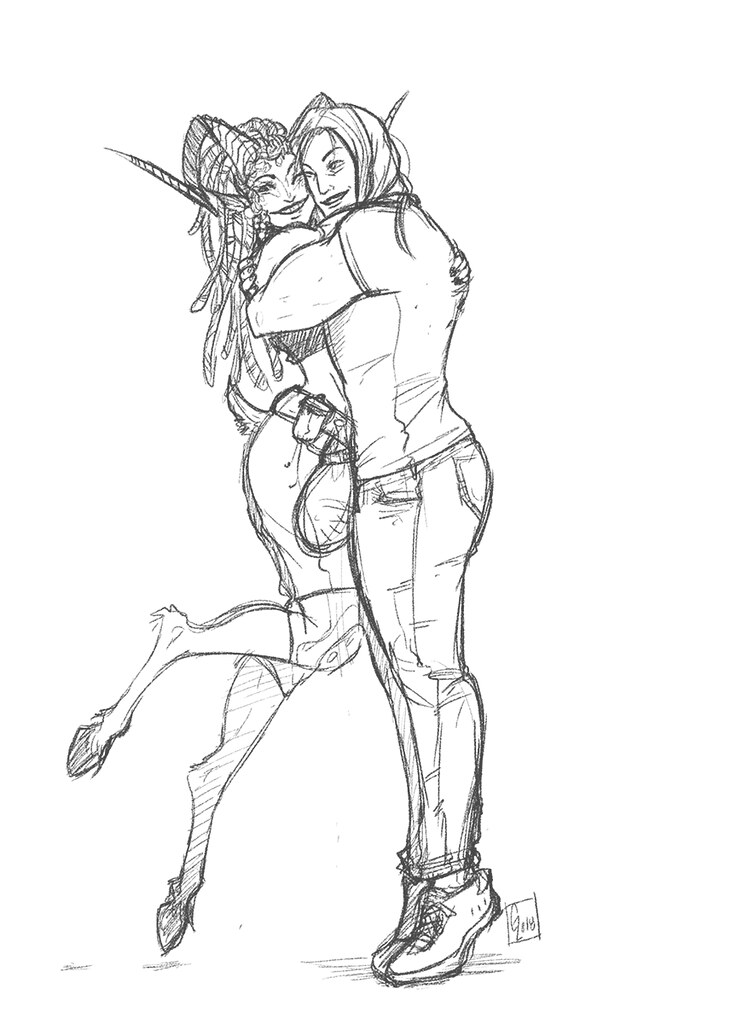 Aurora would be 10000000% adding benefits, but she respects the relationship she has with Tsumi <3
17

Two week deadline AT LEAST please for the love of everything that's holy.
18

spit spat, time to chat / Re: I would like to discuss exposition

« on: Jan 11, 2017, 01:41 PM »
I definitely am a firm believer of the "show don't tell" philosophy, especially if you take your story telling medium into consideration.

HOWEVER. As the definition you've pulled states, exposition is there to explain some info that may or may not be easy to understand- and I think that should be heavily pondered over. Because you know what's a difficult concept to SHOW other people? How your brain works.

I think in order to be able to give the right amount of exposition without beating information over people's heads, for me, is finding that fine line between what information *I* know versus how much information the audience needs to know. I know that plot A goes here, here, and here. What I need to ask myself is: what information do I need to provide to my audience without a wall of text (provided that I'm working in comic format) that plot A goes here, here, and here? And I feel like the only way to improve this understanding of how much information to provide is to tell more stories and take note of your feedback. Did you loose your audience? Did your audience feel like they read too much text instead of seeing what the visuals have to say? Could I have maybe considered a different color palette do express some scenes better? Could I have used different objects, focal points, or altered anything to convey my story better?

I don't know. Just my thoughts! 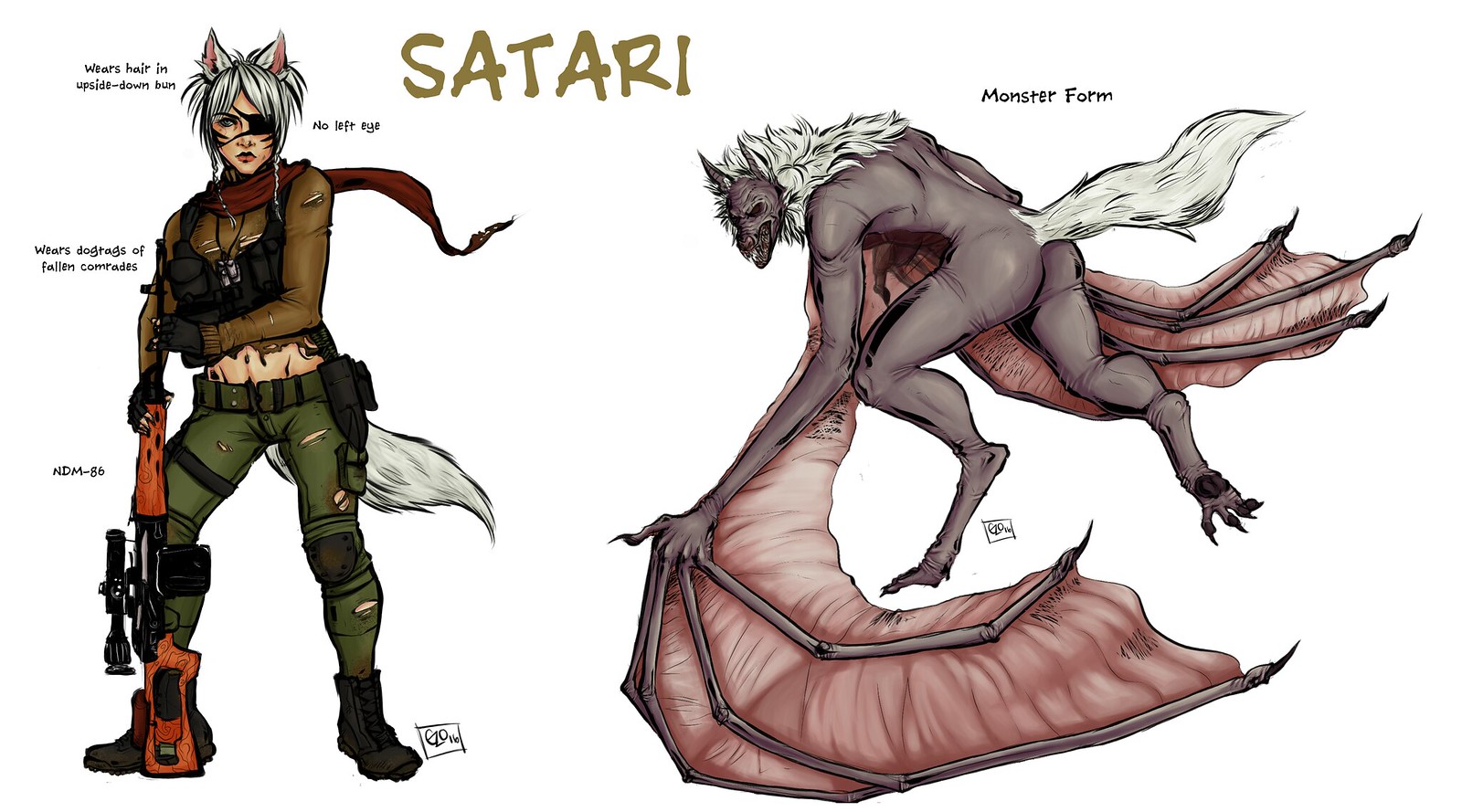 Personality
Satari is a hunter by nature, and those skills have been honed and perfected to make her one of the best snipers planet Earth has to offer. She rarely strays from orders and is typically assigned to small groups exploring outer planets for resources. Although she's only there to complete objectives, the groups she's normally with greatly appreciate her skill, patience, and her protection. 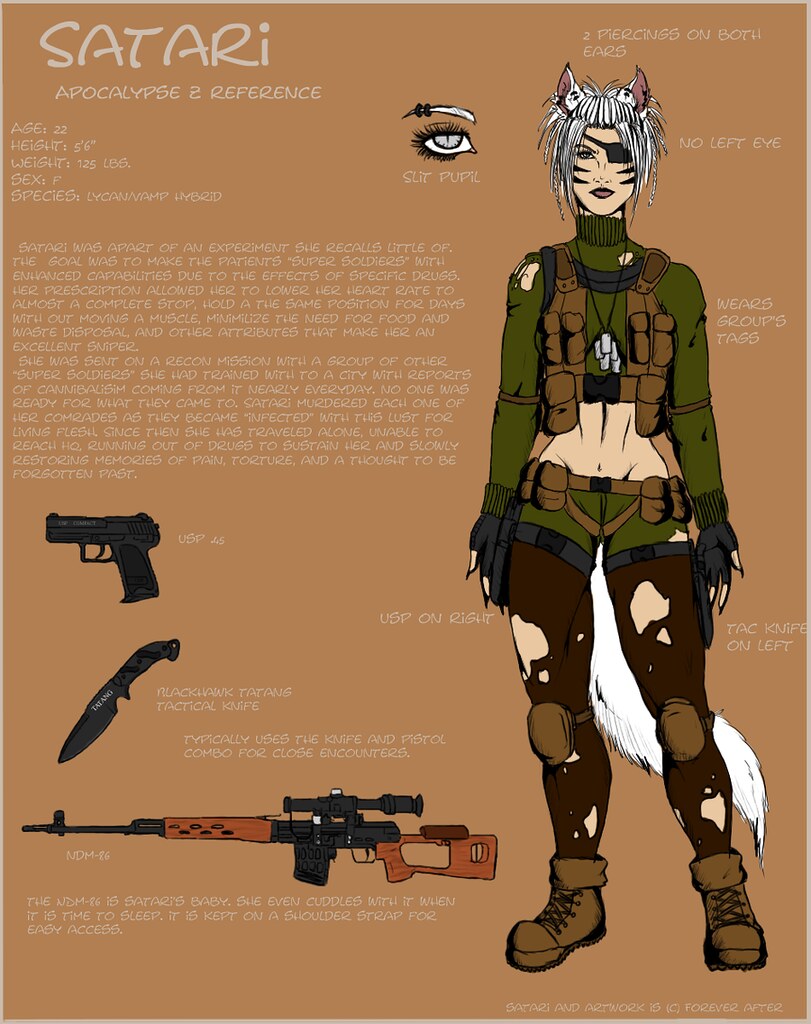 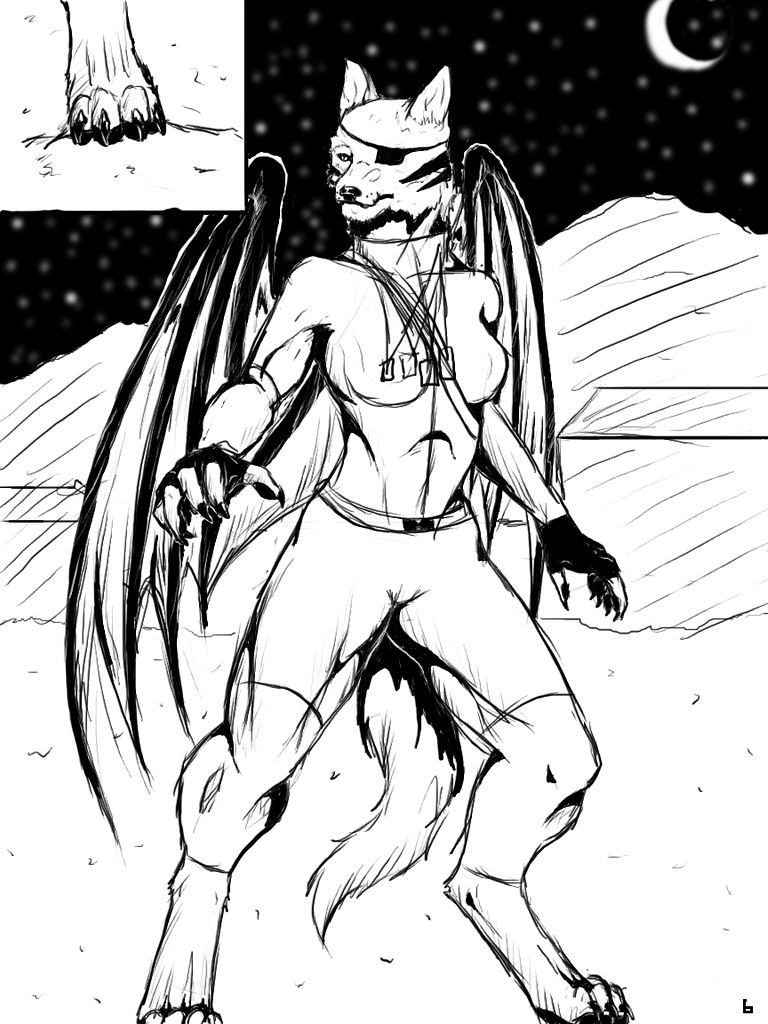 « on: Jun 28, 2016, 02:46 PM »
Suuuper quicky colored doodle of Aurora's... and well, all Arkadian satyr's mommas! The Goddess Gaia herself. Satyrs are incapable of breeding, as are other mythological creatures, and they require Gaia to produce the members of their race. When the creature has lived their life, they are returned to the soil from whence they came. Also there's baby Aurora! 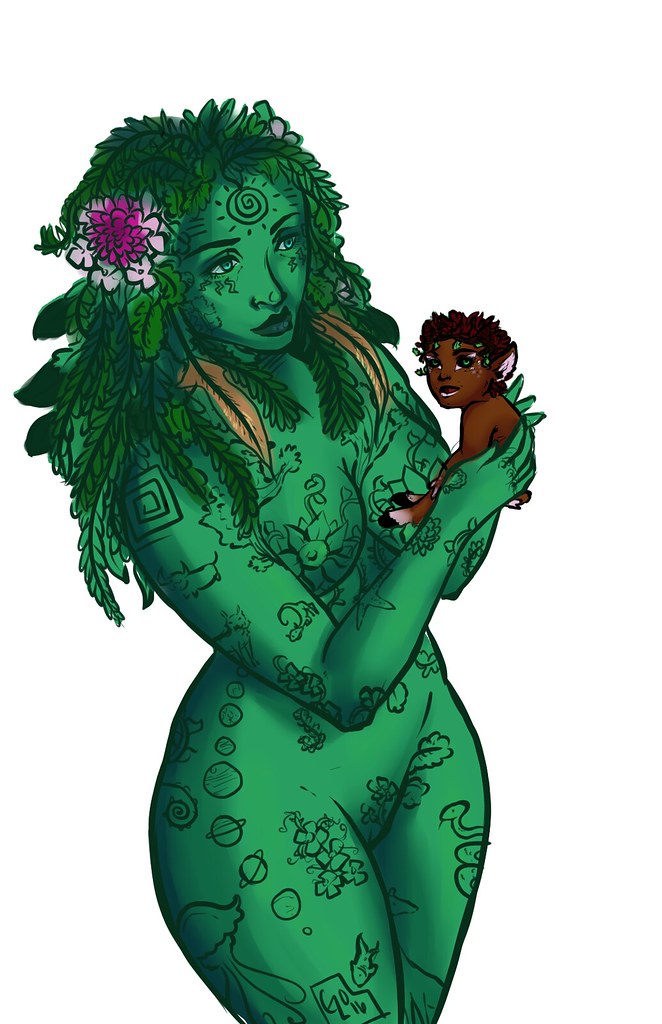 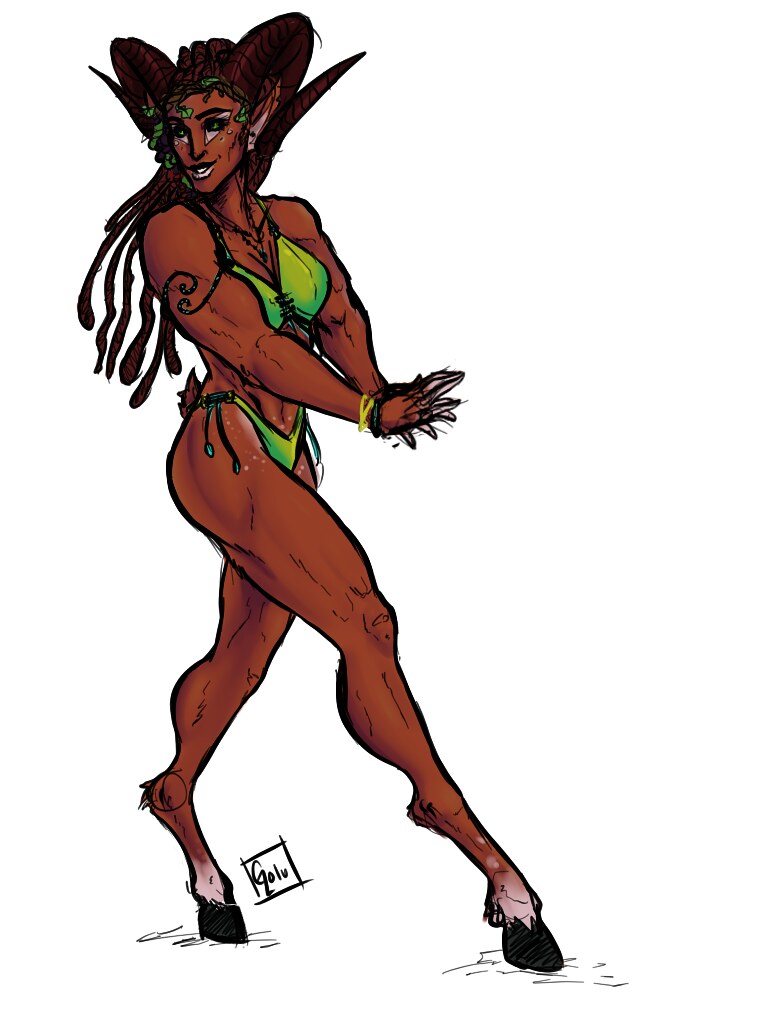 I can't consider myself a crazy ferret lady if I don't draw aLL THE FERRET CHARACTERS. 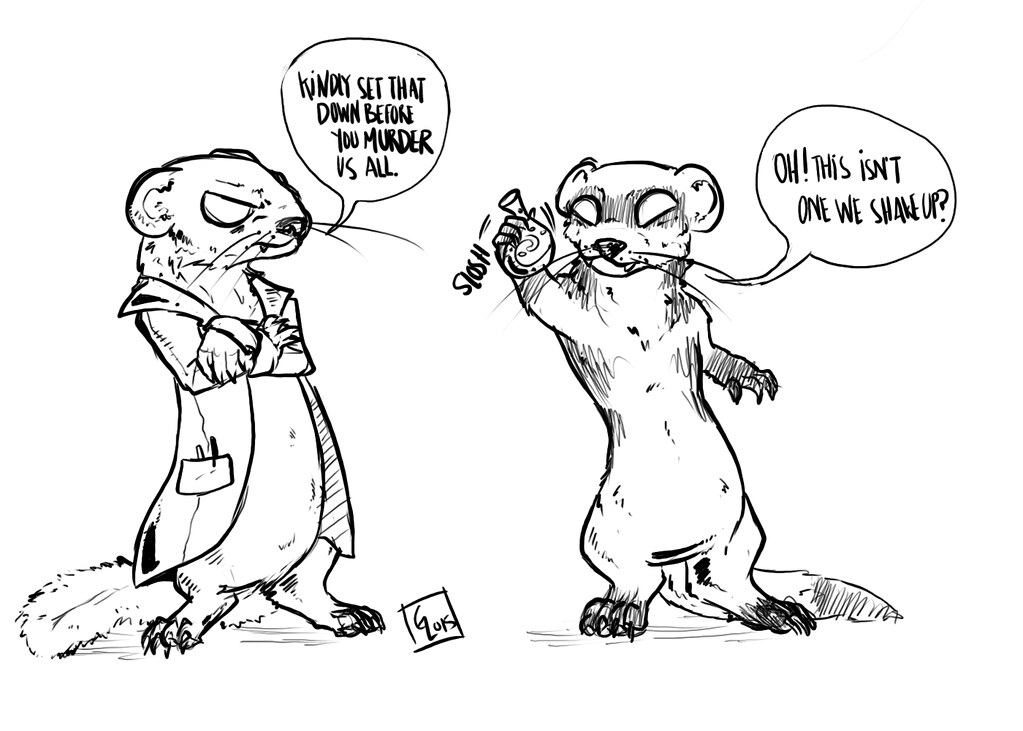 This one is from an ask thingy on tumblr and it's kinda messy but I mean... Dino-Dragon Terminator 2 you guys. 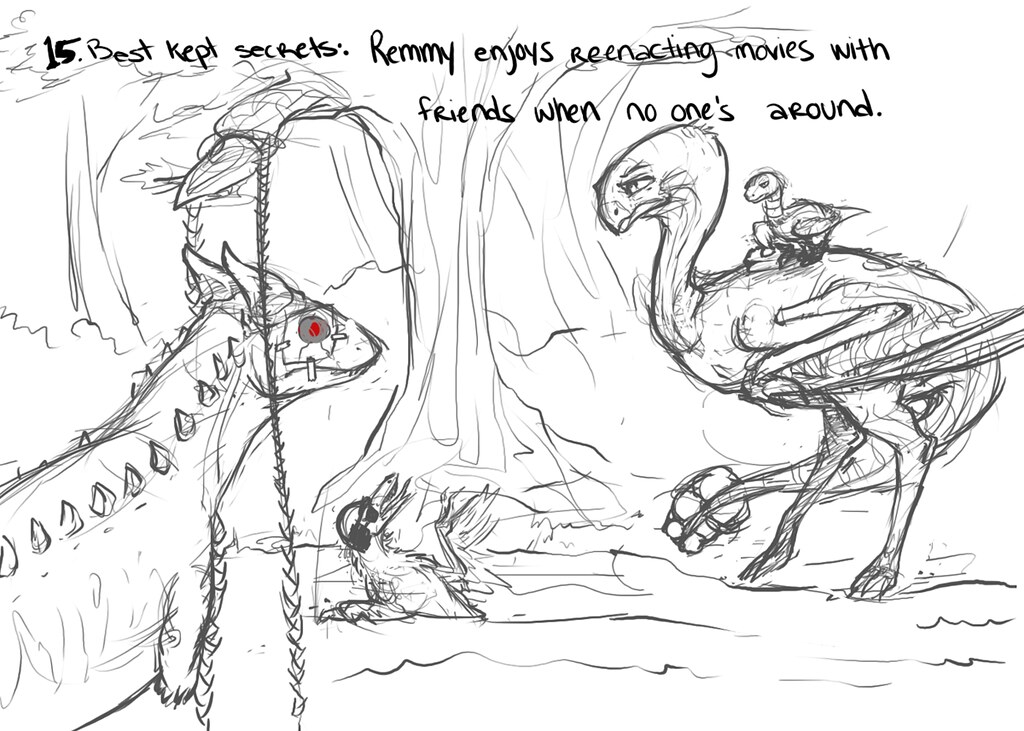 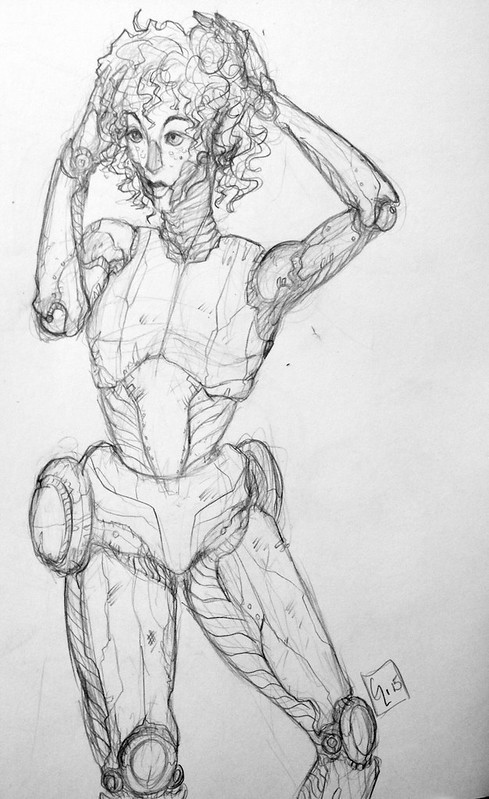