THE INCUBATOR / Re: Judgement's incubation 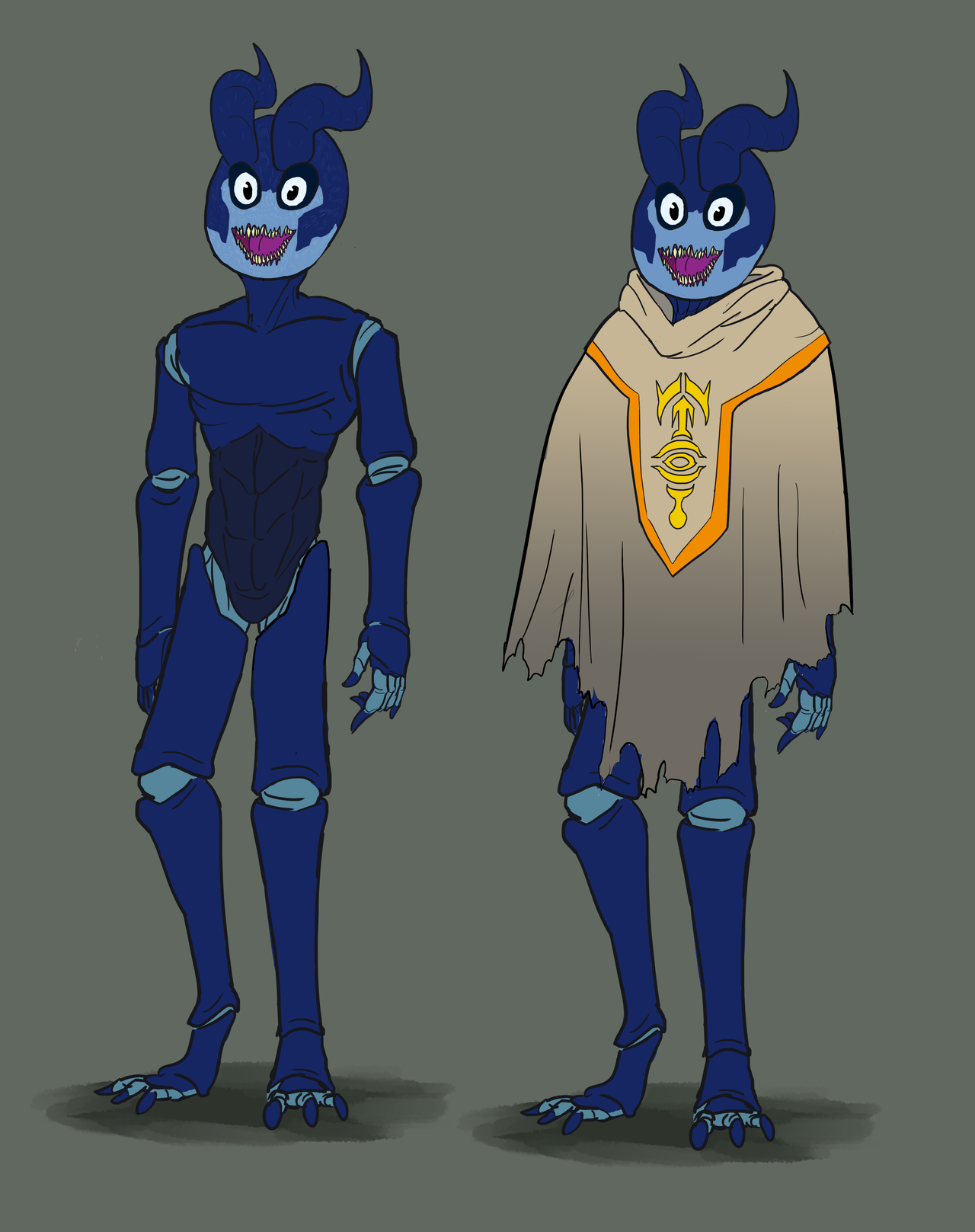 I'll start with how my character was created. I created Judgement around 9 years ago on a whim, mashing together design elements into something I thought looks cool, without putting too much thought into it. I tried and failed to join void with him back in 2012, so I figured I might as well take him for a spin now that I'm trying again.
My biggest gripe with his original design is the massive tone dissonance it created - his backstory is that he is a creature that got 'ported over to our reality for some nebulous reason, and the first person he comes into contact with is a serial killer, whom he bonds with, and they both go to void city. This could work for a monstrous villain duo, but the problem was that I drew them in a cutesy style and wanted them to be sympathetic.

I still haven't completely thought through how I'd like to rewrite the characters' backstory, but for now the gist of it is this - Judgement is once again thrown into our reality through a rift, and once again aligns himself with a dangerous criminal. His motivations are a bit different - he's part of a caste that is roughly equivalent to police, insofar that he has the ability to perceive whether people are evil - although the criteria for that sometimes can be arbitrary - and is allowed to mark potential evildoers for execution. He is strictly forbidden to carry out executions himself, which is where his partner comes into the picture.
His intro will either play out with him popping into existence in some field and tracking down his partner, or popping into a prison a la Megamind and recruiting his partner there.

His partner's name isn't really important, so I'll name him either John Doe, The Prisoner, or The Executioner. The name I was planning on giving the duo was 'Judgement & the Prisoner', but on further thought 'Judgement & the Executioner' or 'Judgement & the Hanged Man' could work. The last one clearly ties them to arcana cards, which is a cool gimmick, but I don't know that I could actually tie them together in any meaningful way. 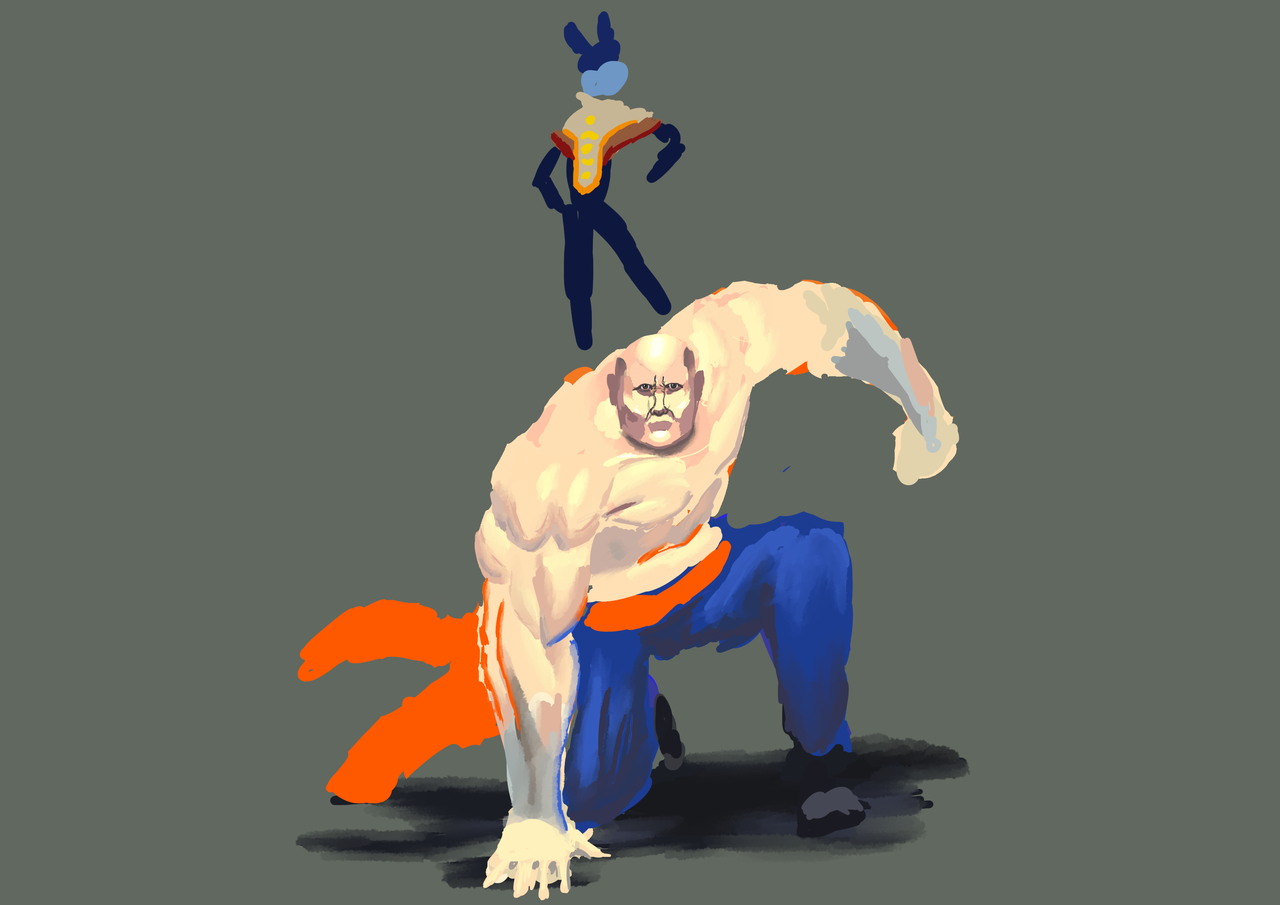 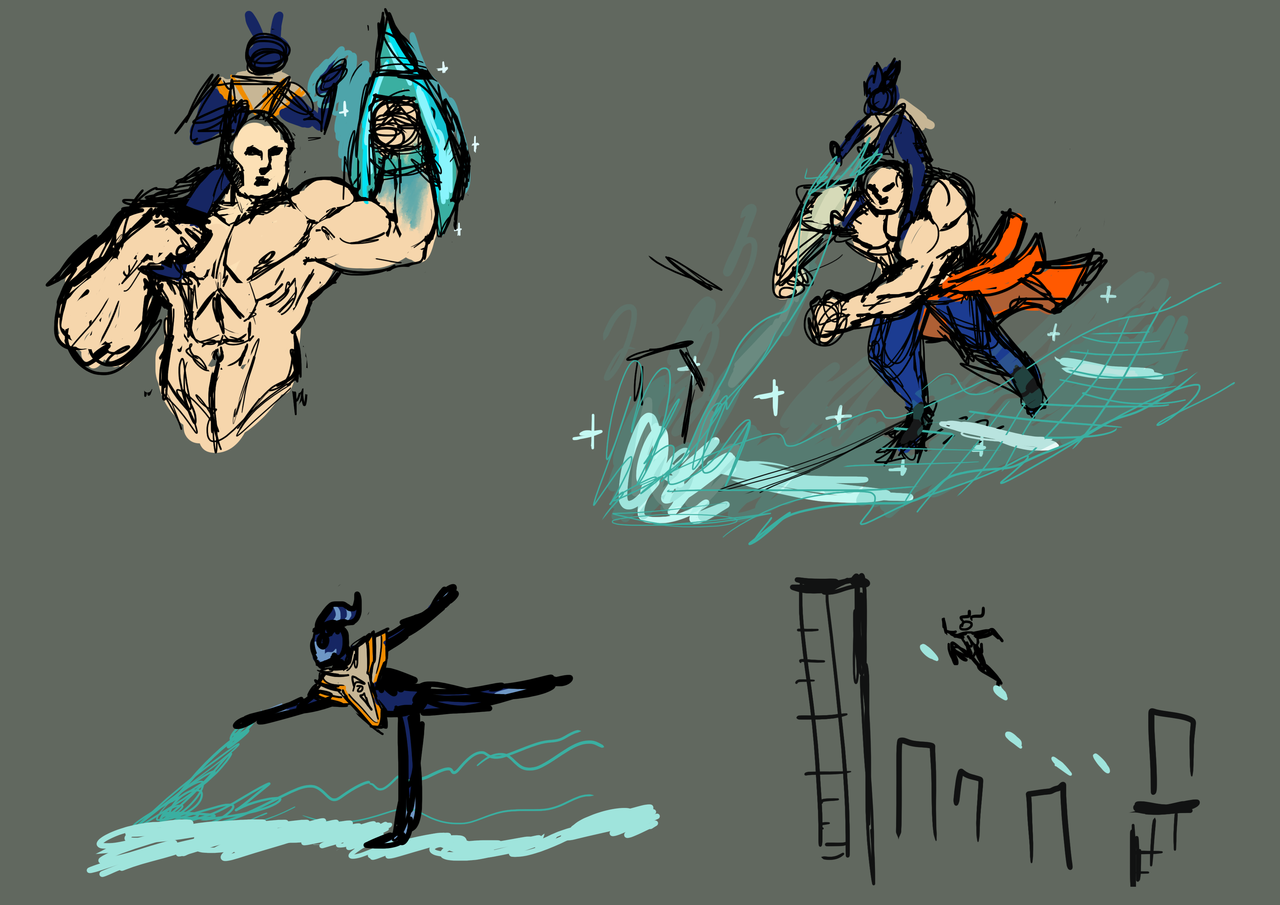 I've struggled a lot with Judgement's design. There are a lot of direction it's being pulled in at once - he's a silly, childish alien, but at the same time he's also a merciless vigilante in the vein of Batman etc. I want him to look alien, but not so much that I can't draw his emotions properly. Right now the iteration I'm leaning the most towards is D3 - it's almost the same design as the original, but I think the little stole and cloak help get across the religious figure/vagrant vibe decently, and with an insect-man body rather than noodle limbs he looks a lot less awkard.
I still feel like the design is a bit on the simple side, and I suspect he looks a bit too much like jack frost / christian devil figures for comfort. The emblem on his stole also needs some more work, right now it's just an eye with decorations around it. Any and all feedback is appreciated. If you guys have any ideas about how I could improve the designs or make them more precise I'd love to hear them.
Pages: [1]