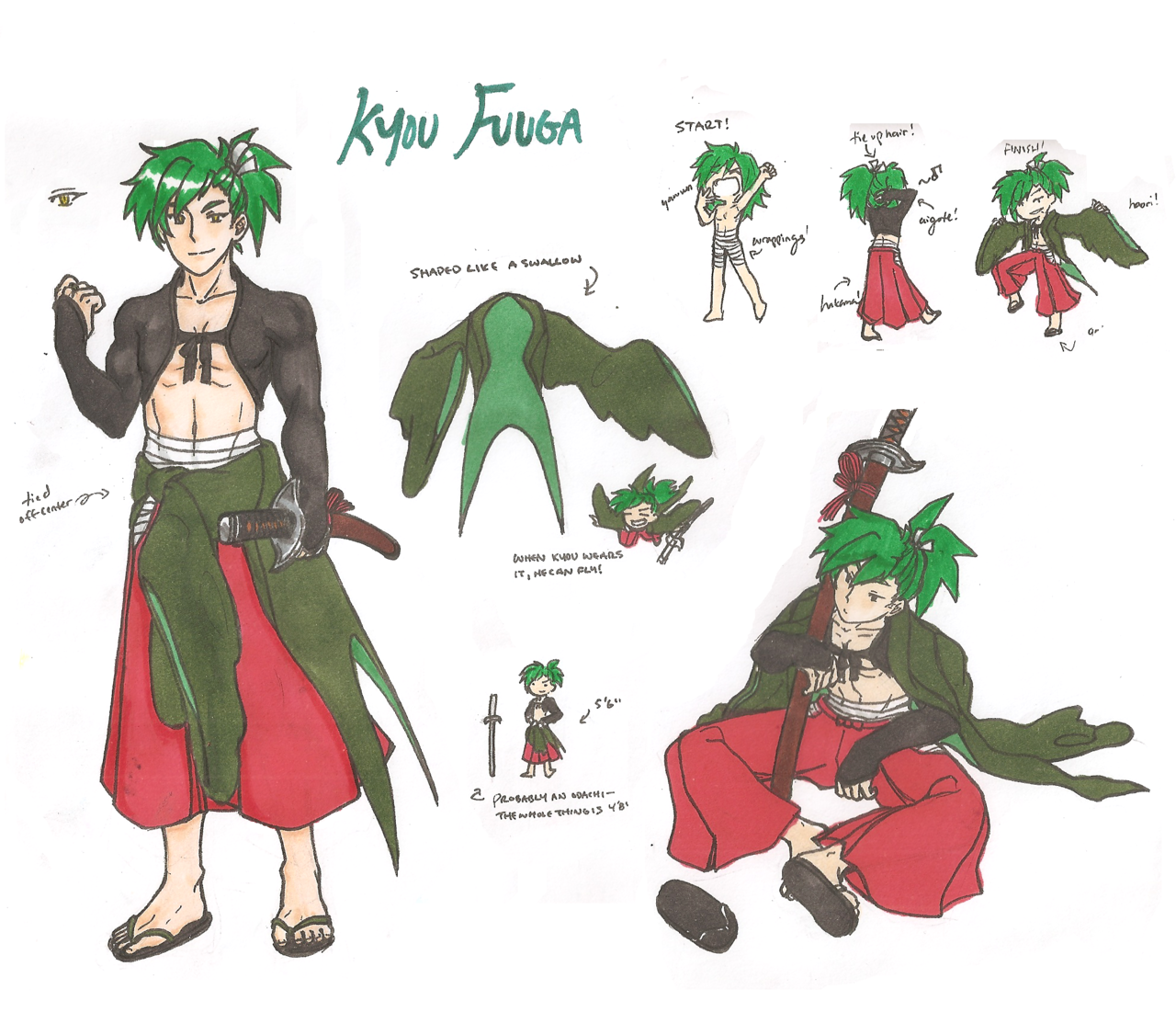 Born and raised for 19 years in a secluded mountain village, Fuuga Kyou (or westernized Kyou Fuuga) found and entered Void City completely by chance! Kyou was enamored with the idea of exploring the world unknown outside his clan of wind-user's territory and one day took off, ready to see what needed to be saw.  However, what was earlier considered a journey to find himself soon became a journey to find his way; Kyou's complete and utter lack of directional ability has rendered him undoubtedly and undeniably lost. For now he can enjoy all these modern advancements he and his people missed out on until he can reorient himself--or someone finds and brings him home. Whatever works.

While inside his village Kyou was considered a very good fighter for his age, it's uncertain how well he can handle himself with battlers that hail from much further than down the road. The only range attacks Kyou has is his windcutter, where he slices the air with his sword and creates a sharp gust of magic that travels only up to 15 feet away, so distance fighting is not where he shines. However with his swallow shaped haori, he can achieve flight with speeds up to 30-40 miles per hour and close the distance. His quick instincts, mastery of the wind, and unbeatable determination are a force to be reckoned with!

Kyou may be fast like the wind, but only physically. His wits are a little on the duller side, and he comes off strongly as a, uh... uhm. He's an idiot. Kyou's an idiot. He gets easily distracted and impressed, and being surrounded bytechnological marvels isn't helpful in the slightest. He does love to fight, but sometimes, might stop halfway to look at the cool box with people moving in it. Good luck, Kyou!

Oh my god, I am a chock full of nervousness. There is no word in the world to describe this anxiety. I've never done this sort of competitive thing, and it's full of hype but also FEAR! Anyways, thank you for your consideration!