EDIT: I think I found someone who is interested.
2

Anyways I will be looking forward to reading all of these been waiting to see this happen for a long time.
3

I am alive and well...and have also been reading comics. I now live about 0.75 miles away from my local comic book shop so I drop by every now and then and buy a few. 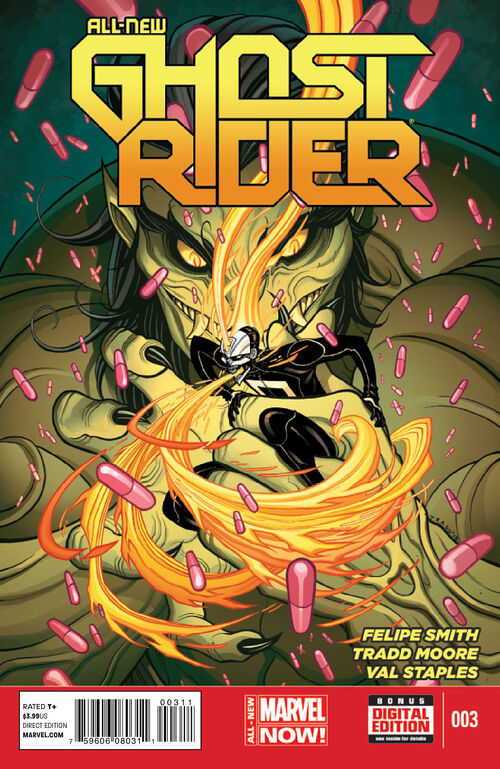 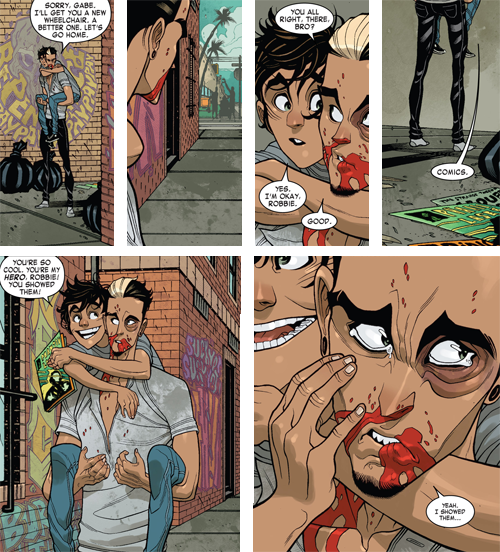 The art maaaan, the art is gooood. I picked up The Strange Talent of Luther Strode (same artist) after reading the current issues that are out...But Luther Strode didn't really impress me... BUT, UH. Yeah Ghost Rider seems fun so far. 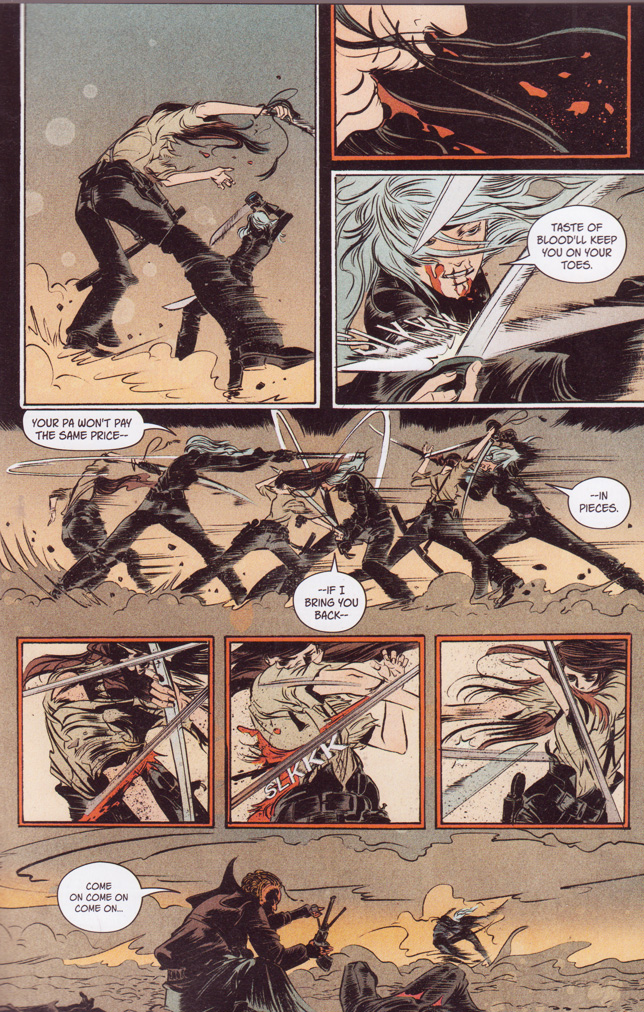 A delicious little treat. It can be a bit hard to follow at times, but it's very interesting and I love it's style in general.

I can't give my full opinion on this one yet as I've been reading them out of order and missing 2 issues of the current 6 that are out. The art style is very nice though and the colors work well with it.

No full color for this battle. I don't have the time. :c
5

My summer plans have changed, if I make past the first round I won't be able to complete the next probably.

I'll get Olive in some other time.
6 Time to get my weeaboo on.

Have you killed more than I have?

Quote from: Hiemie on May 30, 2013, 07:25 PM
I think it's like 19 different characters from the 3 SDTs I've been in (since I got to the last round each time) and the 8 I killed in the Death Royale. But we're definitely the two biggest murderers on the site, either way.

Hola!! I am partnering up with Duredhel

I wish I knew how to send huge ass files...do e-mails work for that? My buddy managed to get The Hobbit and it seems a cool flick to add to the roster.

There is Mediafire and drop box. Drop box may be a bit too complicated though so look into using Mediafire or a site like it.
12

Pocket Fighter Nutty and his alternate color, which is based on the colored Nutty Delya drew from this page.

Also, I edited the Dolly post too. Blinking is added and 2 new alt. colors were created.

friends, you're all getting lost in the details.

find an engine, start building a prototype. as far as i know, no one has come forward with any particular programming knowledge, so the complexity of play is kind of up in the air.

if i had my way, i would make this a simple Rock-Paper-Scissors flash game with a bunch of Void fighter skins.

I don't want to be THAT GUY, but you all have absolutely no idea what you are doing or talking about. You won't be able to make a fighting game. Do you have any idea how much work that is? A card game is much more realistic, but even that is a long shot.

Sorry to repeat this. I took a game design class...

Realistically, if you really wanted to make this into an actual playable game, you'd first need a Game Design Document. Get everything organized (the amount of fighting moves each character has, levels, will you be using health bars, will these fights be timed? ect.) and have your goals set.

A Super Smash Bros style game sounds pretty crazy. I mean, like Pi mentioned, does anyone here know how to program at all? Something like Street Fighter does sound more doable. For my game design class, I worked in Unity (game engine) and made 2 very basic prototypes, one was a sort of timed, racing platformer and the other was a "find these items and don't get killed by the enemy character" type of game (I guess you can call it a survival game, but I use the term loosely). The latter game had respawn scripts, kill scripts, a score counter, and a level restart script. Sometimes the scripts would conflict with one another and create a lot of bugs. I was working on this game with a partner and we managed to get the game to work only because we had a ton of scripting help form our teacher. We had A LOT planned for this game and we couldn't even get half of what we wanted done due to our deadline. We even managed to make a rough cut scene and get it to play in the game, but then later we had to take it out because we couldn't get it to play at a particular time.

sorry, MY POINT BEING...

There's no point in making interface designs or concept art for this type of game, seeing as everyone already has there characters designed. Unless you're talking about finding a uniform style or creating backgrounds, but why even worry about those now? You have to have functioning gameplay before even moving on to anything else. Otherwise you'll have a bunch of art, animations, and music that will go to waste.

A simple fighting game can be made if everyone is dedicated and interested in learning the scripting lingo; it's not impossible. It just requires dedication and patience.

A board game or a card game sounds totally doable. I would have no idea how game play would work for that though...the only card battle games I've ever played is Yu-gi-oh! Maybe we can create a neat poker card deck for Void, or maybe that'd just make a neat art jam.

You were in PCBC as well? I did PCBC2 but flunked so hard first round because I am a giant turd.

Quote
Yeah, I was in PCB2 actually, not the first one. I made it to the second round, but then had to quit due to vacation plans. who was your character?
21

I want it to be canon so bad. Also, Dimension, I'm so glad you're back. Even if only for a little while. Can't wait to see a comic from ya.

@GPS-Device: Those colors look great! I just love how the solid blacks look. *-* So pretty~

I'll see if I can get one done today SO IT MAY OFFICIALLY BE...CANNON.
23

I was actually going to as well, but I plan to battle soon now. c:
25