SDT Finals are up, which reminds me that I wanna do more Zoey matches this October.
HMU on Discord (pita#9978) or through the messaging system here if you're interested.

- Last year had collaborative battles, I'm not doing that again this year.  Instead, regular battles please.  Maybe a scar match if I'm feeling bold.
- I do trophy battles with Zoey.  If she wins, she's taking something.
- Dead characters are preferred but I'm open for whomever.  Do understand that my side will have them depicted as dead, since my stuff's taking place in an afterlife setting.

And then hopefully a Beyond Battle collab to wrap this year up. Quote from: moonlace on May 03, 2018, 04:52 AM
While she is interesting, this isn't a death tournament, so she needs an intro comic before she can join this particular event! If you can whip one up quickly, you can participate tho!
5

I submitted a beyond battle and uploaded all the images but the comic didn’t show up.

Beyond Battles are put up like every other comic on this site; by the mods in their respective morning timezones. Next time, just upload it all and hang tight! The Mods will get to it soon enough C:
6

Horsemen will be (surprisingly) Lawful

Johnny Im unsure! Ill find out after a BB and maybe a battle lol 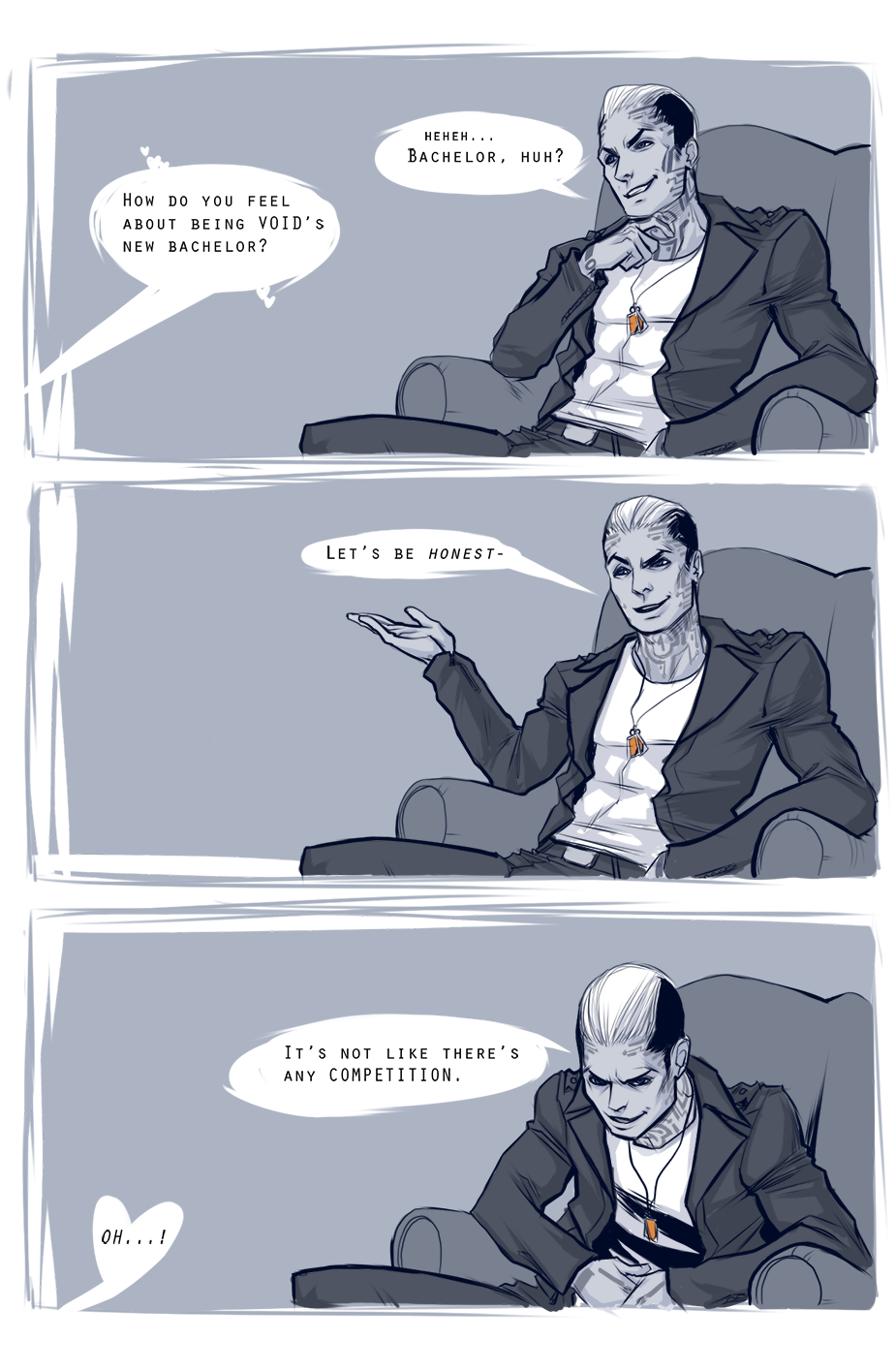 « on: Dec 13, 2017, 05:40 AM »
I think your lines look ACEEEEEE. While I think you can get in by just submitting these as is, Id like to see em have some colour (or even grayscale). I know being part of the xmas collab is cool and fun but take your time in giving us the best intro you can do!
10

I really love the colour scheme!
15

THE INCUBATOR / Re: WolfBaloo's Characters

My main critiques on your intro:

Add your speech bubbles:
It's a good habit to get in to; having your dialogue in now saves you the headache later when your art is done but you haven't got room for text. You can also see what parts you don't have to draw bc the text bubble is gonna cover it anyways.

More angle variety:
Try drawing your characters from different camera angles (worms eye etc). What you have here is a bit bland and the action scenes lack that punch to truly make them shine (no im not sorry about the pun). The anatomy itself during the action sequence is also very static-ky. When you punch, your whole body moves to make sure there is force behind your fist; I recommend you watch some fighting sequences and you pause when the combatants deliver a blow so you can see how the whole body is placed in motion.

I think you have a super strong start here! Everything else will just come with practise and the sooner you finish the intro, the sooner you can practise against other fighters! Excited to see the end result of this 8D
16

I totally get the effort people put in, but you admit yourself the guilt you felt was already there and I don't see the need to compound it and make people feel like they are disappointments etc - if they already know they have let people down.

Quote from: Miss Jetster Fukken Jay ❤︎ on May 16, 2017, 05:20 AM
If someone defaulted, as I stated in my previous post, the first question that should be asked is 'Are you okay?' but the second question should also be 'Why did you default?'. It should never EVER be asked in spite or any bad intentions, but as a way for the artist to look at themselves and see what went wrong and do better. It's not an easy question but it is a necessary one; it can offer a way for the artist to do better and learn from their mistakes, otherwise it's easy to wallow in self pity and that helps no one. The tough question doesn't need to be asked right away of course and it doesn't have to be answered in a public setting but I do believe it does need to be asked.

The action of defaulting does need a certain level of guilt because the cocktail of bad emotions is sometimes a good enough deterrent to not default again, and you can't exactly stop others from feeling disappointment about someone else's default, that's just human nature. A default shouldn't be treated as a sin, but that doesn't mean it stops being a mistake. And keep in mind that in most cases, if someone defaults, everyone usually forgives (or forgets) they defaulted a week later, and even then it's the gentlest of scolding. Hell, we have extensions specifically so we can decrease the possibility of a default and the battle can get cancelled to avoid letting people down. It shows a degree of responsibility and a healthier method to deal with whatever life throws your way.

As a community, we must be welcoming and friendly, but we are also a community dedicated to artistic improvement and we have to ask those tough questions. To default has repercussions and that's just a part of life; How you respond and learn from it is the best you can do in a bad situation.
18

« on: May 16, 2017, 03:26 AM »
Personally, I'm glad that we are moving away from treating defaults as a sin. As Jetster said, shit happens in life and its unavoidable. Mental illness, financial issues etc, are a huge problem in real life and as a community we absolutely should be understanding and lend a hand when we can.

However, I think it's important to keep in mind that a battle involves another person (or persons); it is incredibly unfair for one artist to put in a lot of effort in a comic and not see it returned when the deadline hits. To challenge and accept a battle is a responsibility and it takes time and effort; if you don't have the time nor are you giving it the effort, don't accept a battle. When I defaulted on all my battles, I felt awful. Uni was stressing me out, causing me to default on Hats in Johnny vs Wizzie, and me procrastinating and not giving my 100% effort on the Animal Girl Squad fight; two fights where my opponents gave it their all. At the time, they must have felt so disappointed that I didn't reciprocate.

Yes, Void is fun, comics are fun, creating and bouncing ideas off people is fun, but at the end of the day making a comic takes time and if you have all these other responsibilities that can take up your time, or you are unfortunately plagued by any sort of illness, then maybe you shouldn't be accepting a battle in the first place, no matter how much you get your jollies off on accepting a challenge. And if you are continuously defaulting (or submitting incomplete comics), then maybe it's time to take a step back and rethink things for a bit. If you want to make a comic but don't have the time, Beyond Battles are definitely a thing and i highly encourage people to make em.

I'm not entirely sure how we can motivate people to submit complete comics, but I believe teaching time management such as in Pyras' bootcamp, open communication between members, and a good atmosphere is important. I think that when a default or an incomplete comic does happen, we should ask the defaulter if they are ok and if they'd like to talk about it but if it's a repeat offender, I think it's within the mods' rights to give them a temporary battle ban until they can show a bit more responsibility on their behalf. And it goes without reason, don't give them the title of Big Dumb Baby or I will shove a lamp pole up a mod's ass and I don't care if I go to prison for it.
19

Return of the Exilees
a tournament with characters who were previously inactive or retired.

spit spat, time to chat / Re: That Entervoid Moment When...

you just missed everything
24