« on: Jan 10, 2019, 08:42 AM »
Hello! Its been a very long time since I've had an active character here on Void, but over the last year I've been itching to return. After lurking the forums and chatting on Discord I've finally decided to through my hat in the ring with a new character idea. 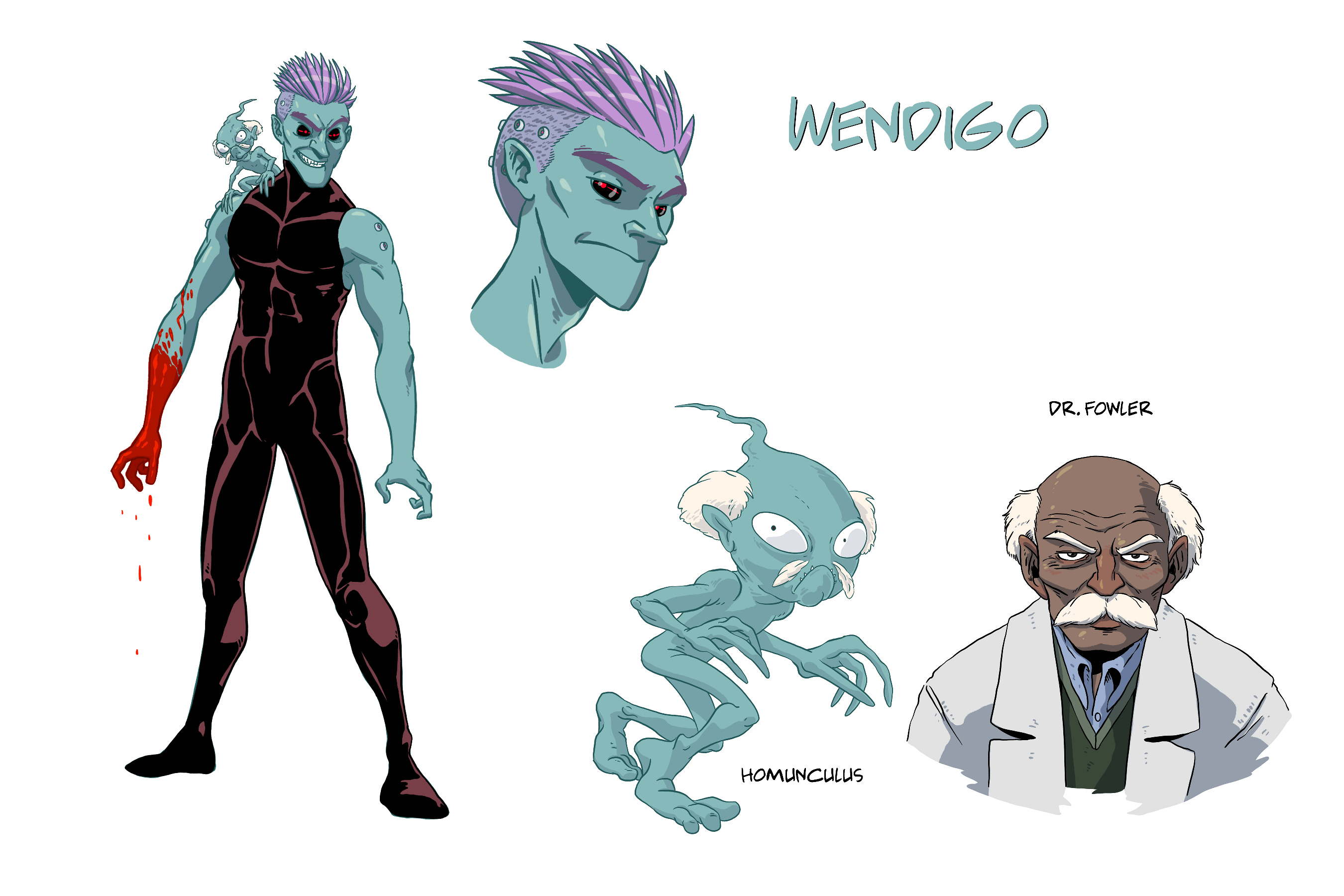 Meet Wendigo, a genetically grown super soldier, crafted to become the greatest fighter Void City has ever seen. Over the last two decades, Dr. Frowler has been studying and analyzing every major fight that has happened in our great city, taking all that data and feeding it into the ever growing mass of flesh that would eventually become Wendigo. He is a bloodthirsty killer with a penchant for eating his victims. His main abilities are your basic super package (durability and strength) and is super cold to the touch, but what makes him special are his homunculi. After eating a good chunk of another being, Wendigo can throw-up a small replica of his victim. The main reason for this is to replicate that person's abilities. With a bite or a lick of blood, Wendigo can create a homunculus with one aspect of a target's powers or maybe a weaker version of that power. With a giant chunk (such as a bunch of fingers or a foot) he can make a homunculus with a powerful version of one power. If he eats the whole target, the homunculus retains all their abilities, their memories, and their personality. These creatures are subservient to Wendigo and don't do too much on their own without direct orders from their master (except for those created from an entire person). For Wendigo to truly use their powers he must re-ingest the homunculus. Each homunculus resembles their donor in appearance, and when Wendigo swallows one, he too takes on some of those physical traits (hair and skin color, maybe skin patterns). Wendigo can hold a limitless amount of homunculi inside him however, there are side effects in doing so. The fragments of each's personalities begin to clash, driving him insane, which might not make much difference to anyone else. Wendigo, however does not like those invasive feelings and so tries to limit the amount of homunculi he uses at a time, preferring to swap them out when needed.

How I would like to handle this power in my comic battles is through scar matches and trophy matches. If I were to win a scar match, Wendigo would leave some sort of nasty bite mark and create a minor homunculus (one with a single part of my opponent's power set). In a trophy match, Wendigo would actually permanently steal one of those powers from his opponent and his homunculus would have a stronger copy of that power. A death match would award him with a homunculus with the defeated fighter's full power set and their memories and personality.

I was planning on starting him out with only one homunculus, that of his creator Dr. Fowler, who he ate after being freed. I am not sure on his costume yet; I'm thinking this red one-piece was what he came out of the vat wearing so maybe he'll have another outfit. My into comic would cover his release from the vat, his murder of Dr. Fowler and the creation of his Fowler homunculus.

I am very excited to hear what you think and am ready for any critiques you may have!
Pages: [1]