« on: Dec 23, 2019, 07:40 PM »
There are many things about my art that I dislike, but my inks have got to be wayy at the top. I have never found a brush that suits me and hate how much my art fluctuates as a result of trying different brushes all the time. I want my lines to be clean, but also soft and not too "harsh" and artificial looking, like something drawn in Paint for instance. I also don't like brushes that are too transparent since that makes it harder for me to colour in nicely.

Here are some comics I've done with different brushes:

Does anyone have any recommendations for Photoshop brushes, or tips on how to use/adjust the brushes I currently have so I can get closer to my goal? Also of the ones I've tried out so far, which looks best? Am I being too harsh on myself and should I stick to one of them for now until I can find what I'm looking for? Also if I come across as too vague, I'd be happy to share some artists with lines I like if that would help with suggestions

Here are some more recent, acceptable works of mine: 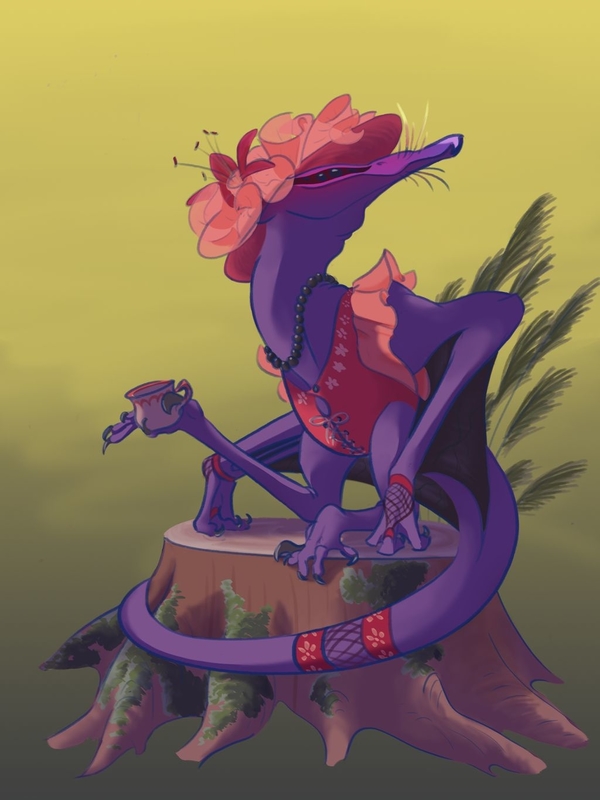 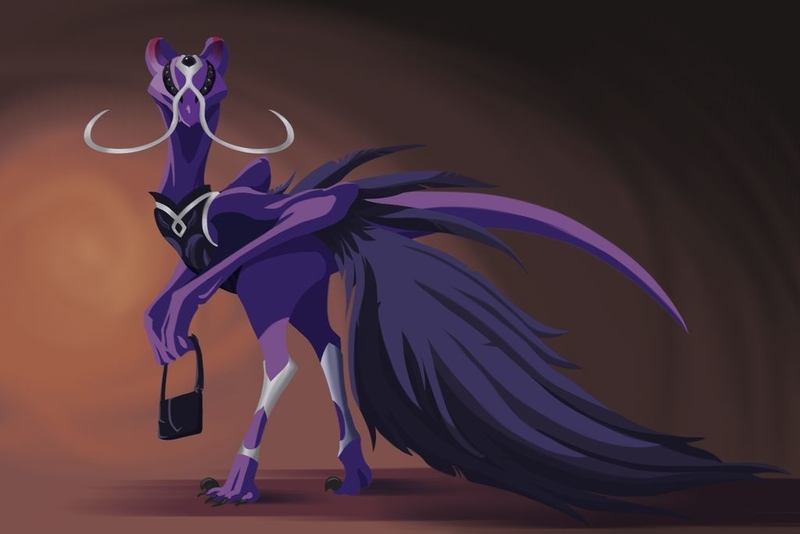 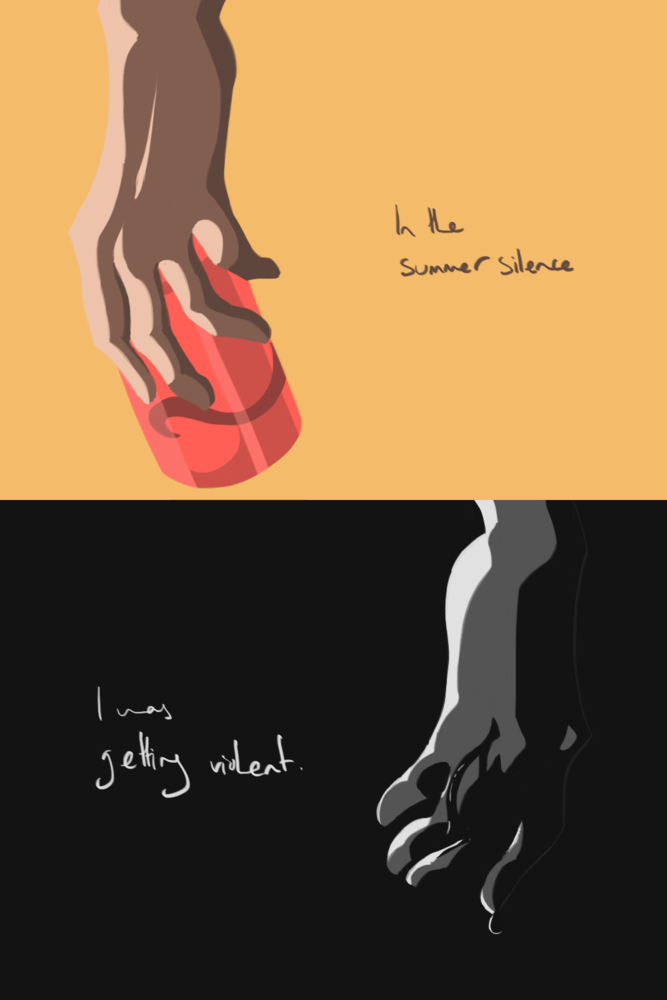 « on: Oct 21, 2019, 10:37 PM »
A few months ago, an idea came up in the Discord chat of an event featuring vampires vs werewolves, which expanded to undead vs shifters. I was pretty hype for the idea so I figured, hey, maybe I could try organising it. So I wanna see if enough people would be interested before I see about talking to the admins and officially planning something

After some consideration, I think for this event only beings that were originally human, or are a variant of human, should be counted. As there was already a Monster Mash I don’t want to cast the net too wide, but I also wanted to more inclusive than simply vamps and wolves. So with that in mind, here is how I would define the groups:

As per request, here’s the list of people who have shown interest so far:

(*I’m still really not sure about how I’d define this myself, so this definition is very much subject to change)

Other questions for discussion, if you’d like the idea of such an event:

1) Would you prefer a Retribution-style long haul event, with individual battles and a point system, OR a huge collab event, with several people on the shifter side and several on the undead, each working on one big comic together?

2) What kind of stakes would you like to see? One suggestion was winner turning the other side for example (though whether that would be permanent or not is also up for debate).

3) What beings do you think should be counted for each side? For instance, would a ghost be counted as undead, or do they have to have a physical form to be included? Should only single form shapeshifters be included, or those with multiple forms as well?

4) Any name suggestions for the event? Shifters vs Undead isn’t the catchiest title out there imo XD I think something including “Children of Night” might be cool.
4

« on: May 11, 2019, 07:50 AM »
Had an idea for an area of Void where shapeshifters like to hang out, maybe a bar or something, so I was interested to see what kinda shifters are around and thought I'd compile a list! I'm defining shapeshifter as a character with a human/ish form and animal form. NPCs counted too! Since Werewolf Things is already, well, a thing, I'm not gonna include em here. People that turn into wolves of their own accord are all good though ;v;b

THE INCUBATOR / Cy and the Lads

« on: Apr 21, 2019, 09:18 AM »
Hey all! Here's the design sheet and description for my first character! My main concern is whether or not this is of acceptable quality ;u; I'm currently unable to line things digitally so I hope this is alright. Will be adding the sketch of my introduction comic later!

...Okay for something that's under 800px wide this seems super big OTL

Anyway here is the bio!

Bio:
Gold is a young shapeshifter who ran away from home, and is currently living with a friend growing increasingly frustrated by his behaviour. He’s an adept thief, compulsive liar, and generally slippery fellow, but he isn’t evil by any means – underneath it all he’s just suspicious and scared of people. His confidence lies in his criminal abilities and appearance, though the latter has been tempered by the injuries he’s received to his face. He’s also well aware that he looks younger than he actually is, and often plays it up to avoid suspicion (or consequences) when committing crimes.

His primary animal form is a cat, and spending a lot of time as one has influenced his appearance and personality; his movements are at times uncannily quiet and fluid, his teeth are a tad sharper than they should be, and he can stare for minutes without blinking. It’s very easy for him to switch between feigned innocence and quiet creepiness.

Shapeshifting info:
Gold is able to bring aspects of his cat form to his current self, such as slit eyes to see in the dark, or take a halfway form (though this is rare). The halfway form is literally halfway, not like an anthro-cat or anime style catboy, but a blend of features that probably comes across as more eerie than anything. Animal forms take colours from the clothes he is wearing as well as his hair, so if he were to throw a black cape over his clothes, he would appear as a black cat with some smears of red.

Finally, he can turn into other humans or change his features, but the only time he does this is to disguise himself so as to not get caught. He cannot change into any animal – he has had to choose and practice the forms he currently has.

Misc. notes:
The white and gold patches on his cat form aren’t “strict”, they were just my attempt at portraying the colours found on red Somali cats. As long as he is mostly red, and keeps his scars, that’s fine! Additionally, the jacket he wears is a bomber jacket. Its stiff appearance in the ref is a result of style.

1) The old FAQ said intro comics won’t be accepted if they’re the incorrect size, but what IS the correct size? I can’t find listed dimensions anywhere aside from the “character sheet should be 1000 px wide”.

2) What is defined as sloppy for traditional comics? I have only managed to glean quality level from digital. Currently I’m dealing with nerve inflammation in my dominant hand and a dying computer, so I don’t think I can manage lining a whole comic digitally but I still want to take part! If I submitted a scanned comic that had cleanly drawn boxes and no construction lines, but with characters a little shaky around the edges, would this be considered too rough or “sloppy”?