« on: Feb 21, 2018, 05:34 PM »
Of course I just wanted to give some closure by explaining why I disappeared from Void and the Void Discord. This is for me to move on from Void and work on things that I enjoy. So I’ll give a short explanation that I gave to Shen a month ago:

I lost the motivation to be a part of Void anymore. When I first joined, I was a bit happy. Being able to explore this community and be a part of it. But after the  two battles and certain priorities taking over my life: I realized that Liz and Tsu became less of characters of mine and more like failures. And those failures would continue to prove that I wasn't good enough to make comics. That I lacked the ability to tell a story. I should have listened to one of you guys when you told me to not have plans with these characters: since ultimately their fates, decisions, and stories are not in your full control.

And the last comment I made on a battle: I freaked out as to what I was becoming. I was just becoming bitter and not enjoying anything from the site. I didn’t want to become something I dreaded.

I would have explained this as a beyond comic farewell, but to be quite honest: No one would take it seriously or want it. So Liz and Tsu: They are retired now. Heck’s Gate can be used by the community as they see fit or let it disappear, it’s ultimately the community’s choice.

Thanks for bearing through my rambling. It’s time I focused on other projects like the webcomic I was doing before, or going into animation. Either way: I wish you all the best of luck on your journey on Void.

Just draw your characters if they were bugs. Any type of bug you think would fit your characters! You can draw another person's character as a bug but please ask permission before doing so.

My character Liz and Tsu as Spiders: 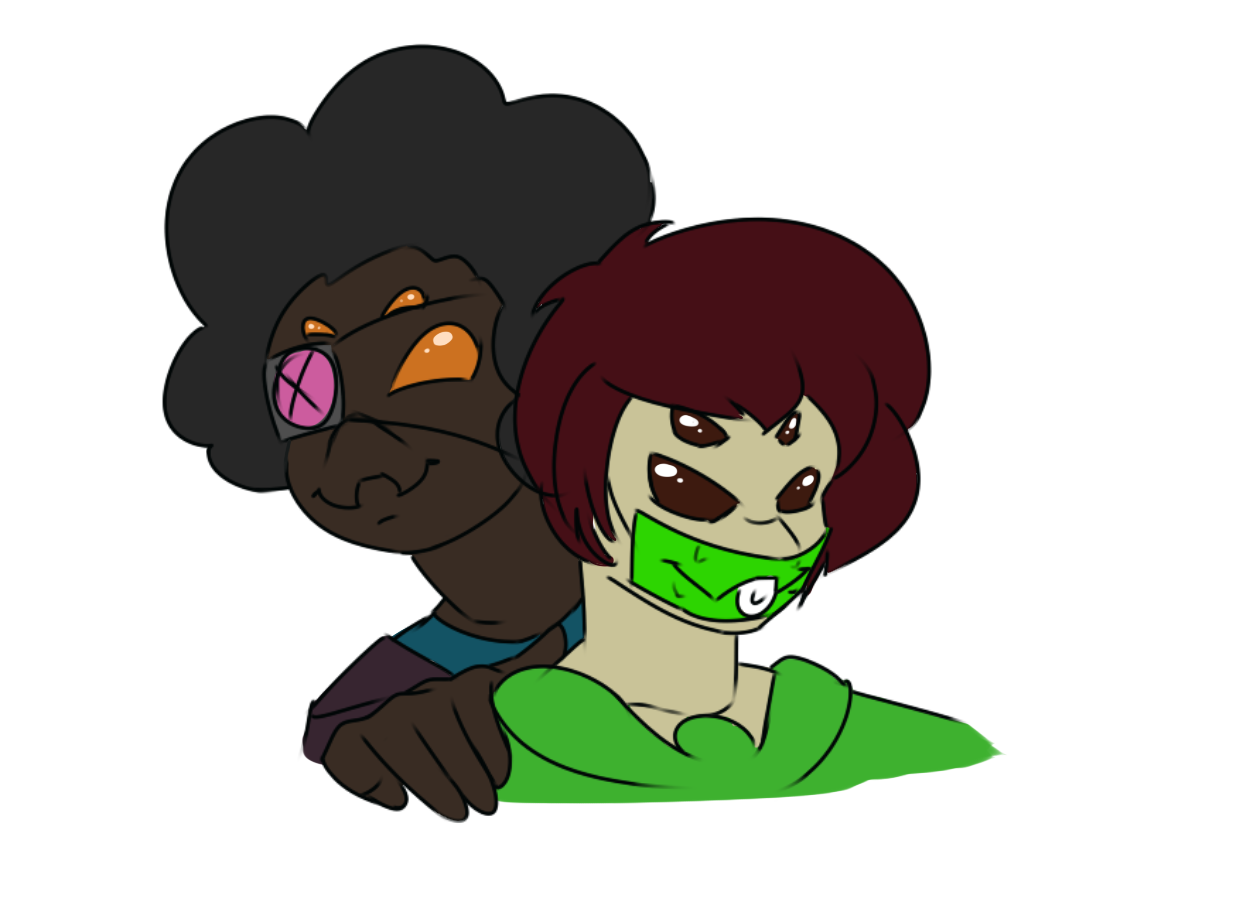 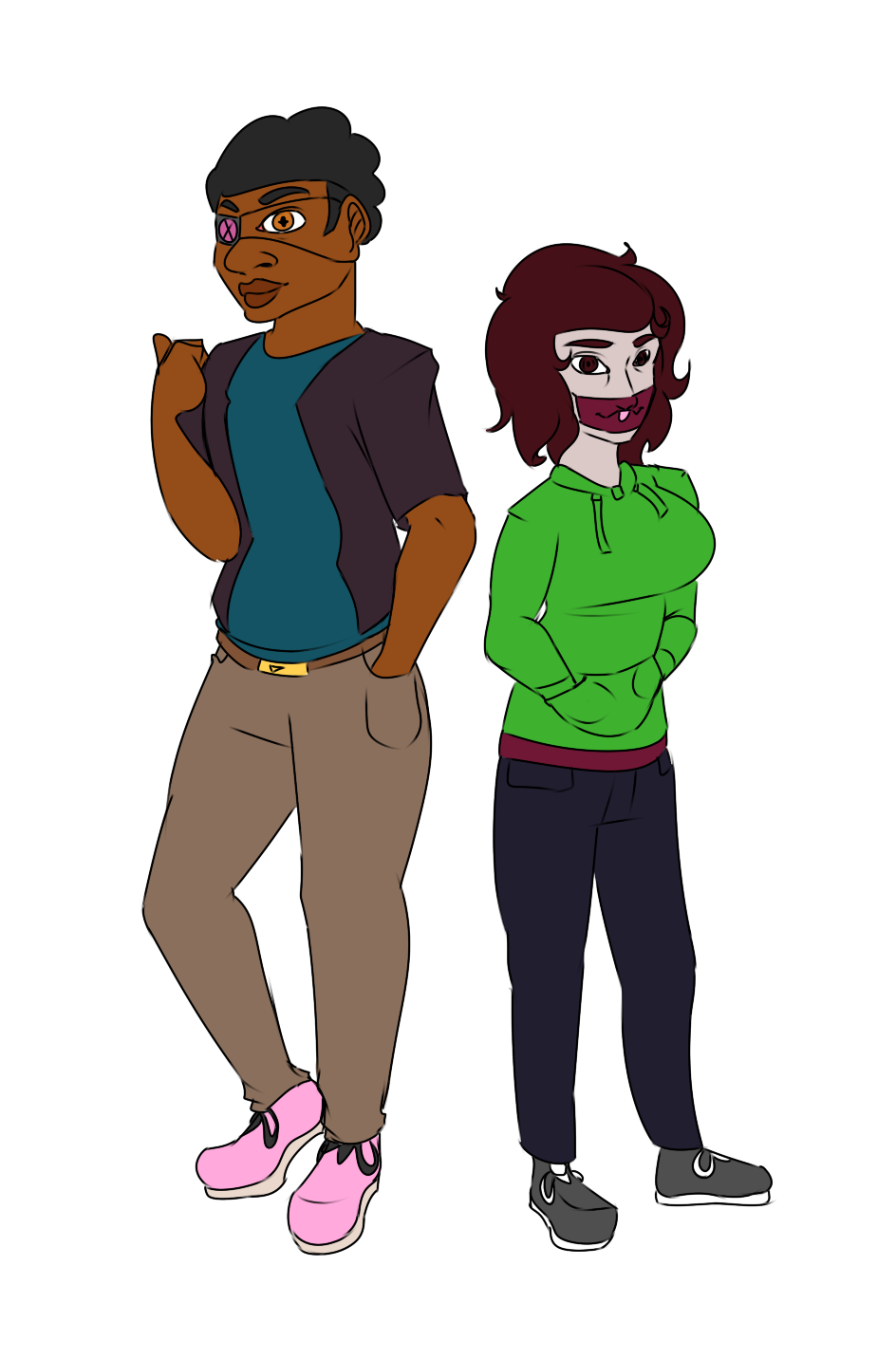 « on: Sep 08, 2017, 05:11 PM »
When I started submitting my characters I put in all four pages of their intro story, but once I got it done and decided to check on "Manage my Characters" It only got three of them instead and the fourth one is blank. I tried re-submitting it but it doesn't work apparently.

Is there a way to fix this so I can submit the fourth page?
7

spit spat, time to chat / Re: To the Veterans or long time members of this Site:

I guess I'll be the one to bring up the tale of Culmination, when Void had a large population of Furry Artists and characters, we created a racist VCPD Police Commissioner to antagonize them and we got stories of police brutality towards furries as well as rebel groups and freedom fighters.

Quote from: Majikura on Sep 07, 2017, 04:10 PM
That's interesting actually. Makes the site and fictional city feel like it's in one with what's happening.
Though I'd imagine it would have a backlash of some sort?
8

spit spat, time to chat / Re: To the Veterans or long time members of this Site:

=/ my arma team wrote the end so we un-did time and made it so the threat never happened so literately nobody remembers it except the 6 team members who are all, except for Xia, dead or crazy.
the most recent one is probably going to be the most memorable coz they left a giant robot corpse XD

Quote from: Shen on Sep 07, 2017, 02:26 PM
Ahhh, so it's sort of like a retcon scenario? But that sounds interesting, what exactly happened with the robot though? Evil dictator trying to control it to destroy Void City? Or something else altogether?
9

spit spat, time to chat / To the Veterans or long time members of this Site:

« on: Sep 07, 2017, 02:17 PM »
What was the most memorable Armageddon events here that you remember? And what it them special/unique/memorable to you?

This is just basically a scenario where the kid is visiting his grandparents and his grandpa is telling him stories of when he was young, or when grandpa tells you one of his tall tale stories. But I'd figured it'd be fun to hear some stories about how the Armageddon events went down for the older members or people who took a part in it.
10 This was his old one for reference: Considering a re-intro because wow his intro pages were....a thing I sure tried.

Quote from: ThorHugs on Jul 24, 2017, 07:27 PM
Incredible work on the updated designs. You can really see the incredible improvements on then and now.
11

THE INCUBATOR / Re: WolfBaloo's Characters

Sabulive: I was kind of scared of trying different angles since I've always known of having trouble with them, but knowing how I want the scenes to play out, I'll put in more angle varieties into it, and I'll definitely look up more of how throwing a punch works visually. Also, I'll add the speech bubbles and see where they can fit and what's not needed in the pages, or if I have to alter the panels themselves for it. Thank you so much for the critique.

Shen: I figured out how to do it now, so now all the parts are here. Also, I can always change the shoe color on Liz for a more complementing color if it helps. And thanks for your advice.
12 Meet Liz and Tsu. These two have been living in the slums of Heck's Gate; a city filled with the weirdest and most aggressive creatures that can find a way to make business with each other. Needless to say: their living conditions have forced them into trying to find odd jobs to just survive the day.

Liz, the character to the left, is considered a light hearted and more kind spirited person compared to her partner Tsu. She tends to treat things as if they're normal, even if it's the craziest things to happen to her or other people. She can be considered the muscle of the two because of her combat skills and be able to withstand plenty of damage thrown at her way. Her covered eye has the ability to gain x-ray vision, which includes being able to spot a weakness in someone's organs or seeing through solid objects. The major downside is that the more the eye is exposed, the less control Liz has with her emotions, which in turn can create disastrous results.

Tsu, the character to the right, is considered a more down to earth and skeptical kind of person. His attitude towards Liz is being understanding but not indulging her on her cheeriness and partial insanity. He's considered the brains of the group for his tactical knowledge to make up for his more weak fragile body covered from his bulky clothing. His tongue is not only long enough to rival a giraffe's but has a third eye placed on it. This third eye of his has only one function: to dive deep into someone's mind with a single glare. The major downside to this is that it uses the person's most negative emotions to get inside someone's head, and causes a lot of mental damage to the person if not handled correctly.

Both of their ambitions and goals were at first to just live and survive day by day. But one day, they find a flyer advertising a city; Void City. Where promises of destructive mayhem with professionals waited for them. Compared to their life in Heck's Gate, they'll much prefer to go to Void City.

My apologies if this is too much info or not enough. The comic format I'm trying is a bit more different than I've worked with before: Using a higher sized canvas in the same format as a standard comic book page. It's currently at it's sketching phase so it'll still subject to changes, but please let me know if noticeable changes are needed or what you think of the characters and their story.

I was told by some friends of mine about this place and they encouraged me to join and give this place a shot in making characters and comics. Of course, it took me awhile to get around to it, almost two years I'd say or even more, but I'm finally here! I was working on my own comic series that I needed to revive in a new light. Now that I've gotten its second chapter done, I want to try to improve on my style, my art, and my comic making skills. And I've been told that this is a perfect place since there is something like a scoring system for your comics as well as your characters. Which is something I find very interesting.

I've actually been planning two characters and their own stories for Void, and I've had a lot of time to think about what they would be like and what they're goals would be. So I hope you guys look forward to seeing them. I also look forward to feedback on my story and characters!
14

And I was able to do it! Thanks so much!
And I'm happy to be here, Crow and Split told me about the Incubator forum and once I get the comic intro's sketch/lined work done, I'll be sure to post it there for a quality check before I finish and submit over to here. I already have the design laid out, just need to put into words what my characters are like and show it.

Unless I have to start my characters and comic first, I have no idea how to put an icon I have for my profile on my profile.
I tried looking at the profile settings but it says: "take from gallery" and I can't even find the gallery.
Pages: [1]