VOID Characters and Comics / Re: I need Thoughts and Tips on my inking

« on: Dec 24, 2019, 06:11 AM »
Frenden.com had a lot of really cool brushes for photoshop/clip studio. They're pretty affordable too. I use his brushes that simulate micron (I think that's what they're called) pens and I've really liked the results so far.
2 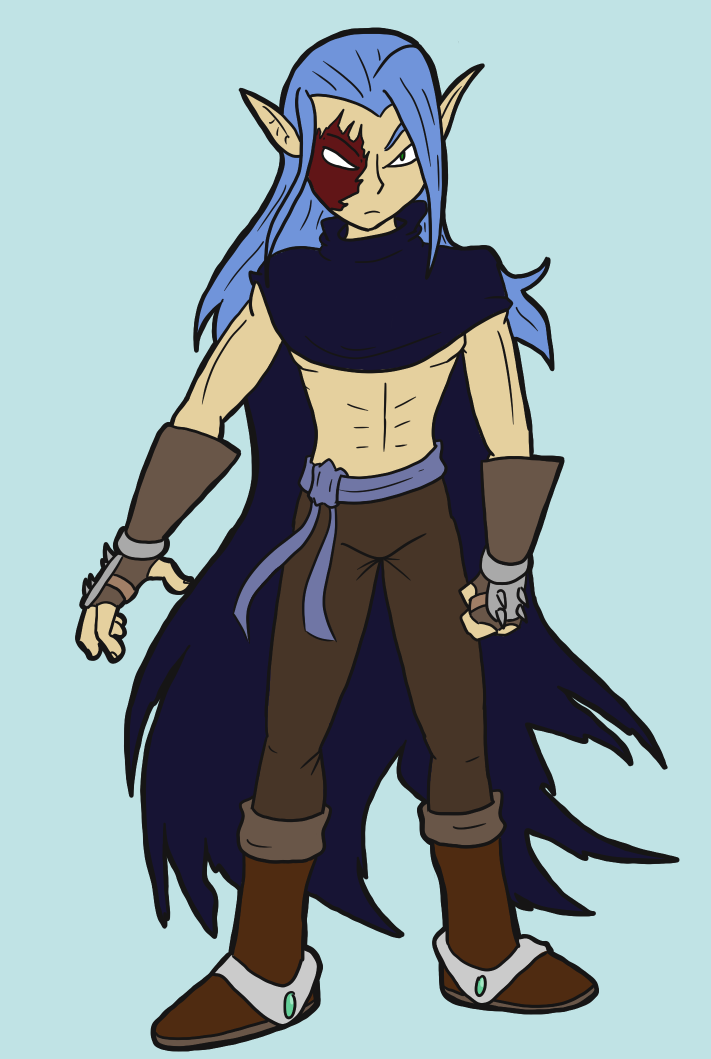 
Jerin is a Zeronian, an elf from a world so heavily saturated with magic that even Zeronian blood is magically charged. As such, Jerin has a strong affinity towards magic and is heavily resistant to most types.

Jerin’s world was ripped apart by an elder god worshipping cult called “The Seventh Hammer”, who are trying to resurrect their master through the offering of billions of souls. After the destruction of his world, Jerin vowed to wipe their cult out of existence, a task he’s taken to with extreme prejudice. Through his travels through space and time, Jerin has learned they now have their sights set on Void City.
Personality: Cold and bitter. Jerin has a hard time getting along with others and tends to be something of a loner. While he isn’t above seeking the help of others, he hates doing so. He’s quick to snap at people if they’re annoying him or not lifting their weight. Oddly, he’s surprisingly calm and patient with children.
Powers:
-Master level skill in most schools of magic, the exceptions being the schools that were deemed taboo by Zeronian culture, such as demonic and necrotic. (Probably also Voodoo). Can augment many of his abilities through magic allowing himself above average strength, agility, etc, etc.

-Enchanted Glass Eye: Though he refuses to talk about what happened to the right side of his face (Saving that plot point for later) After losing the eye he had an enchanted one created in its’ place. While under normal circumstances, it allows him to see normally, when he closes his left eye it gives him enchanted vision, allowing him to see auras, see through walls, and see through all but the most powerful of illusions.

Weaknesses:
-Over reliant on magic: While not weak, Jerin isn’t particularly strong. He’s knows some basic fighting techniques, but even a moderately skilled fighter would be able to take him down were he ever in a fight where he couldn’t use magic.

-Quick to anger: While he used to be a rather cheerful person, the events of his home world’s fall have left him bitter and angry. Thus, he’s become very quick to bouts of anger and even full blown rage. During these times he’s known to get reckless and take risks he normally wouldn’t take. This has sometimes worked in his favor, but more often puts him in danger.

-Weak to “dark” schools of magic. (demonic, necrotic, so on and so forth)

That’s everything I can come up with for now, I’ll update this more as I flesh him out more. Hope you guys like him! (I know Shen does.) 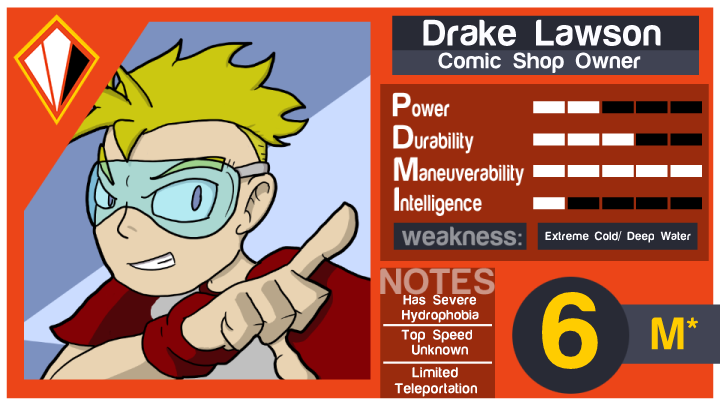 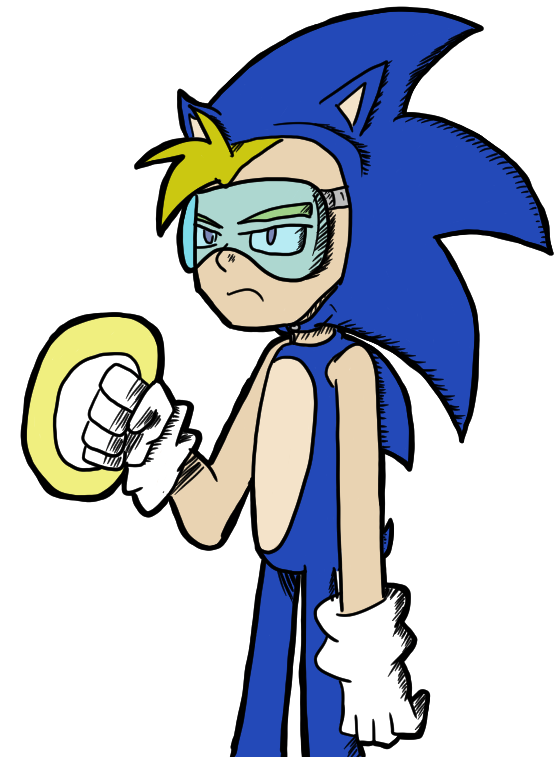 He only looks mad because it's the obvious choice and he knows it.
10 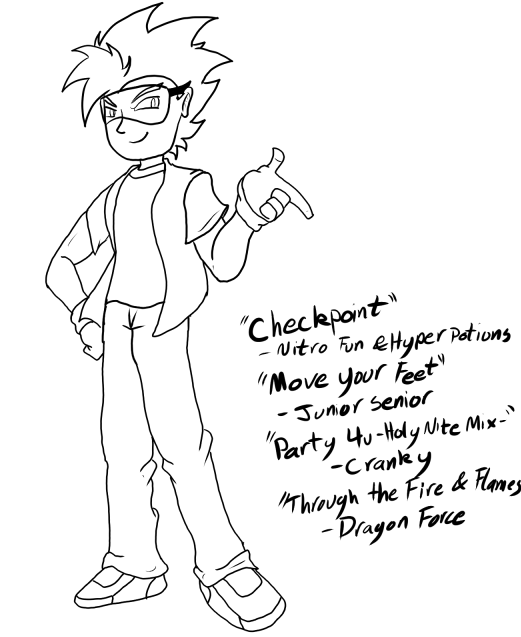 I got on this list twice, come at me scrublords 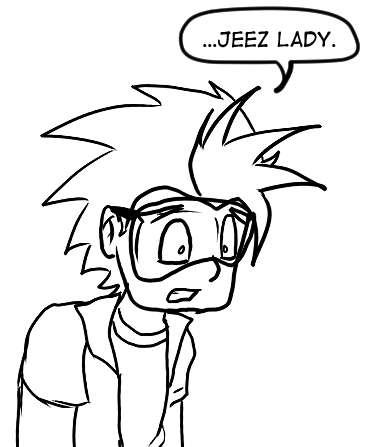 Why is he even watching these?
13 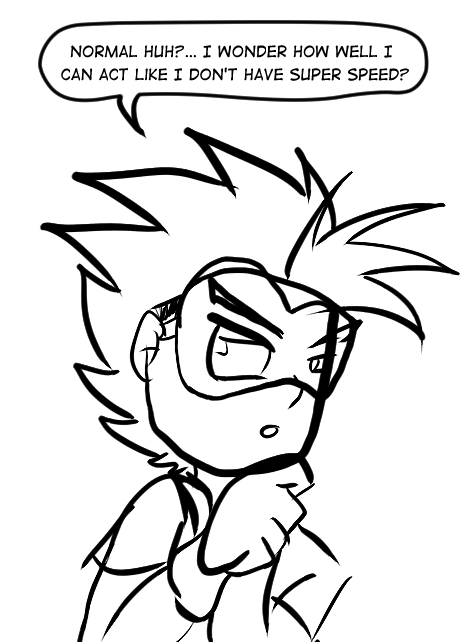 trouble in paradise: Savannah and Akar are on a break and will be attending the party separately, looking for distractions~

Quote from: PyrasTerran on Jan 14, 2017, 01:28 PM
THE HELL YOU SAY
first shi and zana now black and white, how are so many couples apart for this party! Lawson wasn't planning on attending this, until he found out people usually wear capes to these things.
17

For October third, I give you one of the most awesome luchadors, the infamous Colorado! (This one was kind of rushed, sorry Dumorte!) For the 4th I give you my own character from my forever-in-development comic Lost Elysia, Jerin! (Who I am seriously considering submitting as a character on this site) Lawson will be attending as Goku from Dragon Ball Z.

I'll have a reference pic soon.
20 And I totally forgive the drunkness.
25 -Proof I can sorta draw!-
http://oberongoatsketchbook.tumblr.com

6 months ago, Lawson woke up in Void City park with no memories. He soon discovered he had the ability to run incredibly fast. His average speed is roughly 200 MPH, but he has pushed himself to 500. Currently Lawson is living in the basement of a local arcade called The Void Zone.

Not long after waking up and discovering his newfound power, Lawson saw the city saved by the Danger Rangers and instantly began to idolize them. A day or two later he decided he too would protect the city from danger, and began using his speed to fight crime and what not. His current dream is to be "discovered" by the Danger Rangers.

Oddly, he's in no real hurry to get his memories back. He figures it will come back in time and has resigned himself to just take things one day at a time.

He's very laid back and loves to run his mouth, spouting bad jokes and one liners. He's very excitable and is the type to "geek out".

The blue part of his hair appears to be permanant, as it hasn't grown out yet.

-Powers-
Super Speed: On average, runs at 200 MPH, but has pushed himself to 500. He's entirely capable of running much faster.
Reinforced body: His body appears to be designed to absorb enormous impact. His bones are extra dense and his skin and muscles are resistant to cuts and tears.

-Weaknesses-
Literally can't swim, his extra dense bones cause him to sink like a rock.
When he does sustain an injury, it takes longer to heal than normal people.
Loves dad jokes.
Pages: [1] 2