Hey ya’ll, Harvey here! Your friendly local barber with all the chaotic details of current events in Void city. Crazy how much information you get fed by just dolling up a couple clients hairstyles a few times a week! Gotta love how walking to the nearest bodega is like modern trench warfare around here. I guess with that, I can handle the news?
*Takes large sip of vodka out of bottle*

So where the heck do we start? Void City has been pretty wild as of late!

The city held a brutal tournament called Great Escalations, where the stakes get higher as you climb up the ranks to the finals! Scars, death, and possible annihilation? That sounds like a nightmare to me. Lot’s of violence and lots of bloodshed. A round of applause to all those who put themselves on the line and risked it all! Check out the tournament for a wild ride and a great read!

There also were some fun smaller events that were held over the past couple months including the Rumble Roulette and the Mentor/Trainee Program! I hope to see more events like this in the future, shaking things up, while also learning great fundamentals! Click on the comics tab and just take a scroll down to see what great comics you may have missed!

The biggest news to drop yet is the announcement of the ARMAGEDDON 2020:HELLBOUND! Armageddon is a long lasting tradition where six members of the community band together to defend and fight off the impending doom we call the “THREAT”!
Introducing this year’s threat, the two who will be bringing hellfire to the streets of Void City, Gray & Hunter! All those years of insanity and manipulation is really paying off for the ghost with the most and her normally level-headed reaping boyfriend! I won’t lie, I’m scared shitless of the chaos that will ensue with those two running the streets and ripping out souls left and right. They are really “reaping” the benefits of their relationship… haha get it? “Reaping”... Hunter… hah… nevermind. Check out their awesome prologue comic below and stay tuned to see who will be picked to defend our city and what might come from this total demon-mania!


So there you have it, the summer sun is shining, the streets are burning, and demons are walking the earth. Just another lovely day in Void City.

To conclude this drunken attempt at writing the news, let’s give a warm welcome to all the new heads who have joined us since March! 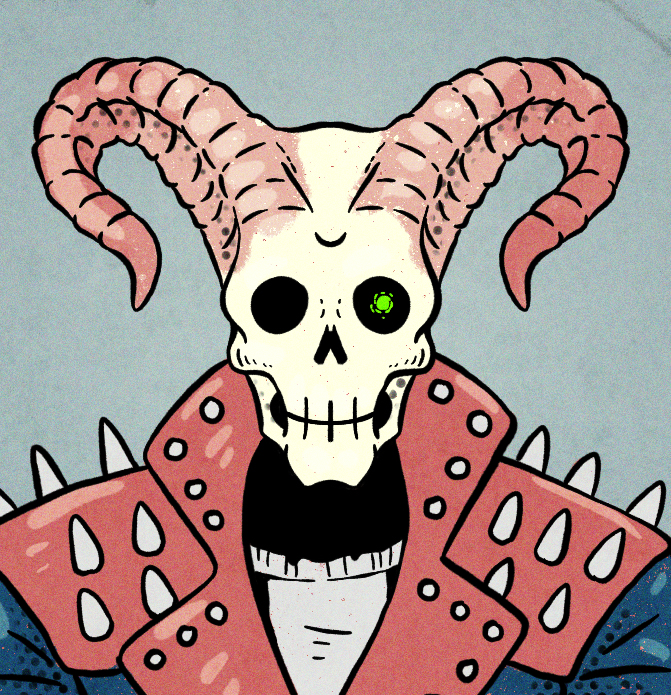 Things You Find in a Graveyard
Zhanic Hanalei
@ 12:29 AM Aug 5th

A Vampire and a Vektran Walk Into a Bar
Raven and Miller
@ 8:52 PM Aug 4th