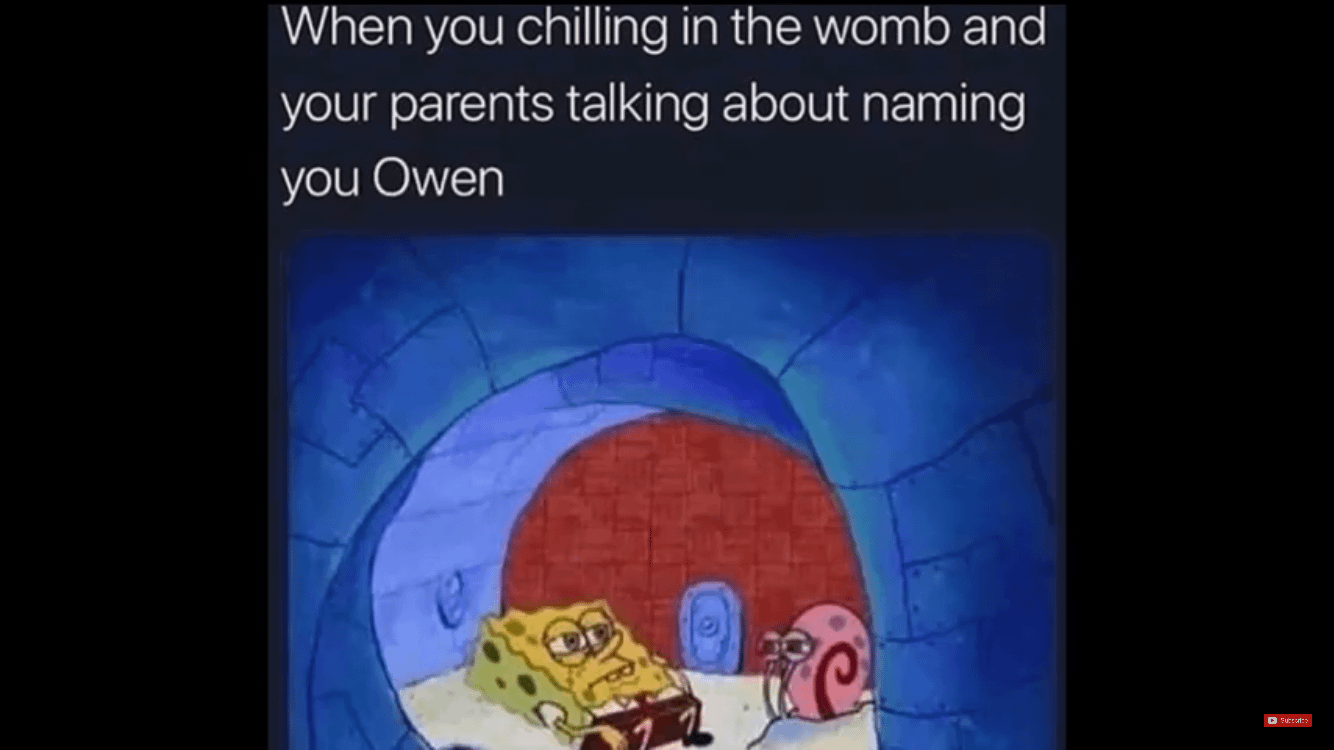 Can and do some people skirt around rules by making intentionally young looking characters? Yes.

Quote from: InvaderDiz
This is meant to be a response to the whole of the Saal Looks Like a Child in This Comic, but I'm quoting this specific line for context to my reply.

Hi, I'm Pita, I have an adult character whose whole schtick is that he looks much younger than he is, the whole thing's meant to be frustrating to him, etc. etc.  The problem that can arise from making a decision like that is, how do you portray a lithe or petite looking adult as their actual age?  I think with this comic specifically, it comes down to the body language and proportions.

Even if Saal looks young, they're still an adult.  Proportions on an adult body are going to be different from a child's or a teenager's because they've finished growing.  Typically a good tell is the definition of muscle.  I am not telling artists to make their adult characters Swole, but I am suggesting that you study how a mature body's limbs and torso are proportioned and defined in comparison to a minor's.

Or, if you're like me and draw in a cute style, you can define that maturity in the character's acting.  The pose of Saal on the first page feels like a child because their body is huddled close to Louise's body in a fashion similar to a child seeking mother.  If you wanted to keep Saal in the general area of Louise's abdomen, it's really a change of pose that's needed.

By changing the way Saal is acting, this can hopefully create a more intimate looking scene.  It doesn't look like a child inquisitive about what's in Mother's Tummy, it's a lover enjoying this part of the prenatal experience.

And the hair's gotta be beside the body, I've never seen anyone sit on their hair like that.

I genuinely don't think the comment was intended to be "You made an actual child character".  It was moreso that Saal's acting in this comic implies more of a childlike curiosity than a lover's excitement.  I have no problems with peeps wanting to make youthful characters--Merry and Zoey are my main examples of this.  But the differences between them are palpable, and knowing the differences can really help clear the confusion.

I take massive issues with the critique that this looks like a woman and a child. Certainly to someone who is not familiar with these characters it might look that way but I think we need to remember that not every comic is for every viewer, especially if you jump into a comic with fully developed characters. And while I agree that some context would help this comic, even if it were as simple as “read X before reading Y” the context for these characters is there because the comic tells you who is in it up top before you ever start reading it. So to say “your art style shows a woman and a child as lovers” just seems wrong and overly critical to me, and it’s especially insulting to misgender Saal as well.

Can and do some people skirt around rules by making intentionally young looking characters? Yes. But the context provided here let’s us know who these characters are, and the artists who worked on this have no prior track record of doing so, nor do they seem like the kind of people who ever would.

In short, very enjoyable, but a little confusing. Some context would have helped but I think character portrayal was fine.

BattlePass holder
454 comments
# 9   Posted: Mar 15 2021, 08:24 AM
I have no idea what happened. The baby saw more people come into the room? And then she became a teenager. I admit I haven’t read love child yet, but a little context inside every comic, please, even if just to say “read this other thing first”. Also, can some long-hair around here tell me, do people with really long hair actually lay on it like that? Seems like it would be really uncomfortable.

And I know I’ve said this before, and I know people around here don’t want to hear it, but I still feel like people are skirting an issue when they depict supposedly adult characters as children. If I didn’t know any better, and I barely do, I’d think the girl on the bed here was the woman’s child listening to her baby sister’s heartbeat. That’s what this reads as. Finding out these two are supposed to be lovers makes this scene feel weird, and it’s entirely due to the art style. That is a grown woman and a child on that bed.

BattlePass holder
566 comments
# 8   Posted: Mar 14 2021, 10:57 AM
I personally understood this comic. this is after footini's side of the smut battle, the child grows and hopes dimensions to the lovechild AU, the silhotues are very clearly the other lovechildren. As for the powers it made enough sense that this child was hoping dimensions. There's a bit of suspension of disbelief but I think that comes with all magic related things and we shouldn't have to do a play by play breakdown of every type of magic used. The art is stellar and you two are getting into a good groove for this.
I'm interested what happens after lovechild, if your child doesn't make it I would love to see the reactions of louise and saal from this, Louise is often the super big bad so having her go through some trauma would be an interesting turn of events.

BattlePass holder
307 comments
# 7   Posted: Mar 14 2021, 10:31 AM
Art- strange, creepy and dynamic and the words that spring to mind. The combo of your art makes for a very unique and enjoyable style. The transformation scene on the last page was particularly well done.

Writing- The idea of Llaana fighting for the privilege of existing and meeting her parents makes for a compelling narrative-it's kinda meta, I like that... But, I feel like I had to do a lot of guesswork to get to this interpretation & without the context of the death tourney, this comic would be fairly nonsensical.
Take the scene with the shadowy figures of the lovechildren, why does Llaana feel threatened by them? there's no hint to explain who/what these figures are and why they matter. Which obviously is a bad thing for something that should be an introduction to a greater narrative.
Maybe you guys have a trick up your sleeves? I'll just wait and see.

BattlePass holder
1164 comments
# 6   Posted: Mar 14 2021, 09:29 AM
This comic is visually really nice, but like others have said it left me with more questions than answers, and I'm not really sure what's going on here at all. I don't understand what Llaana is seeing or why she thinks her ability to live is at risk. I assume this is more of a teaser than a standalone comic, but I was expecting at least a little bit more of an explanation. I guess we'll just have to wait to see what happens in Lovechild or in any BBs that come after it!

BattlePass holder
596 comments
# 5   Posted: Mar 13 2021, 07:44 PM
I’m with Kozi here, this left me a little lost and I’d really like to hear the answers to all her questions too. I was reading some of the discussion in the Discord and that made me even more confused - Footini said the Llana in Lovechild was her dream self, but here it looks like she ripped the umbilical cord out and was phasing out of Louise’s abdomen. I thought that was literal, but now it’s turning out to be metaphorical? I do appreciate this was supposed to come before Round 1 and whet our appetites though, so hopefully you’ll clear some of this up later!

As for the visuals, fucking loved that last sequence of Llana’s dreamself forming around her actual baby self. I’m glad the transformation wasn’t a smooth transition, but flesh building this new body around her. The use of shadowed figures to represent her psychic vision was very cool, I also liked the transition from muted tones to vibrant and red-tinted. I’m somewhat on the fence about the portrayal of baby Llana inside the womb though. On the one hand, this is fiction, and visually it works better for Llana to be upright and floating in what looks to be a vast space. On the other hand, since you seem to be going for more realistic gore, I feel like showing a more grotesque and cramped Llana like a real baby could’ve been interesting as well. Also she’s upside down - babies should have their head facing the birth canal - so idk if this was done on purpose to hint that she would not have an easy birth, or was an accident.

BattlePass holder
1210 comments
# 4   Posted: Mar 13 2021, 01:33 PM
I was really excited to read this one as I'm invested in the seeds you've planted via lovechild as well as your smut battle with Saal and Louise. Both respective battles left me with questions and I was banking on this B.B to be the thread that ties everything together and provides some context of how we got from here to there.

In short, I think this prompted more questions than answered them.

Why are Saal and Louise suddenly in domestic bliss after one cave bang hook up? Is this set in some AU, or far flung future where the rigors of their relationship building have already been ironed out? If that's the case, why wasn't that explained? Why is Llaana's  life and birth under threat when its been established that Louise is incredibly fertile and producing numerous arakh spawn is simply second nature? Is this comic inferring that outside existences are keeping Llaana from being born?

I got into a discussion with fellow community members over my questions and what may be missing in translation and it was suspected Laana is an all powerful 'special' baby that can perceive all realities and all lovechildren as threats to her existence. So much so they may very well of disappeared from Louise's womb into space time, drawn to these lovechildren echoes. While its a fairly stable foundation, more questions are prompted.

- Louise and Saal are psychic beings- Louise even more so having a webbed link to all her progeny. She should've sensed Llaana's distress and assuaged her of the concern as being nothing.

- That entire speculation as described above does not at all come across in this comic.

I think you guys have a great marriage of style and execution, but your storytelling definitely is wanting. With each segment I feel we as readers are opening this metaphorical book and receiving a disparate chapter, leaving us wondering why we skipped chapters 1 to 5. Or if there even is a 1 through 5.

BattlePass holder
140 comments
# 2   Posted: Mar 13 2021, 09:50 AM
Interesting I can't wait to see more of this child wrecking shit, Llaana deserves to live, she ain't fighting to win, she is fighting to exist.

BattlePass holder
347 comments
# 1   Posted: Mar 12 2021, 06:40 PM
Okay so
This was originally meant to be an intro for Llaana that we started drawing the weekend before the tourney started.  But then like, stuff happened.  Turns out this kid is really a handful and she ain't even real.
But we got it done now and as with the Lovechild tourney proper the work is split up the same but for here we got
Radji on thumbs, inks and lettering
and Me, Footini on pencils and colors
and the script was done by both of us on the phone while in the break room at work.

Roommates Round 1
Kurdis and Nyasuu vs. Itami and Miranda Munroe
@ 6:19 AM May 20th